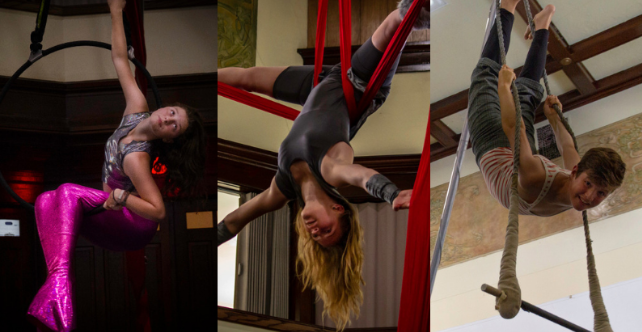 We’ve all wished to be young again right? Transported back in time to inhabit the body and mind of our more energetic and less world-weary selves? But of course we exist in a tedious reality and must adhere to its dull insistence on linear time. We cannot escape the inevitable march of years … or we couldn’t, until now.

I recently experienced the surreal bliss of slipping the bonds of time. I entered, for an afternoon, a world filled with adventure, childish delight, and irrepressible positivity. My creaking bones and furrowed brow were forgotten, my cares and years erased, as my old man’s frown turned to a young man’s grin. You too can thumb your nose to Father Time, and it’s a lot easier and less cultish than I’m making it seem.

The youth circus troupe of Lookup Theatre is staging an acrobatic interpretation of Peter Pan and it is, in a word, fantastic. I caught a sneak peek of “Circus in Neverland” during rehearsal and that irrepressible positivity I mentioned? I felt it as soon as I entered the hall. Young performers sat in a semi-circle clapping and cheering one of their peers as she rehearsed her routine. Eventually I was introduced to the group and even I got a round of applause, perhaps a first for a timid photographer skulking about in a rehearsal space. It wasn’t just the positivity of these kids that grabbed my attention, they’re also serious performers who excel in a variety of mediums: silks, hoops, giant freaking anchors, you name it and they’ll competently dangle off it to your delight. Prove it you say? Check out this wild video from their 2016 show “Circus in Wonderland”.

The show, geared for all ages, premieres at the newly renovated Roxy on Friday September 7th at 7pm. It runs again at 2 and 7pm the following day. Don’t miss it! 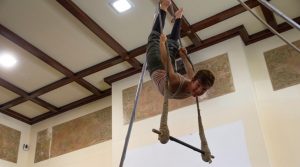 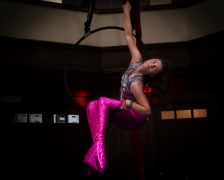 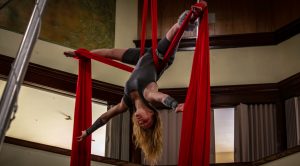 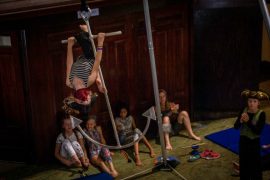