Home Lifestyle I’m a hypocrite when it comes to plastic, so here’s what I’m... 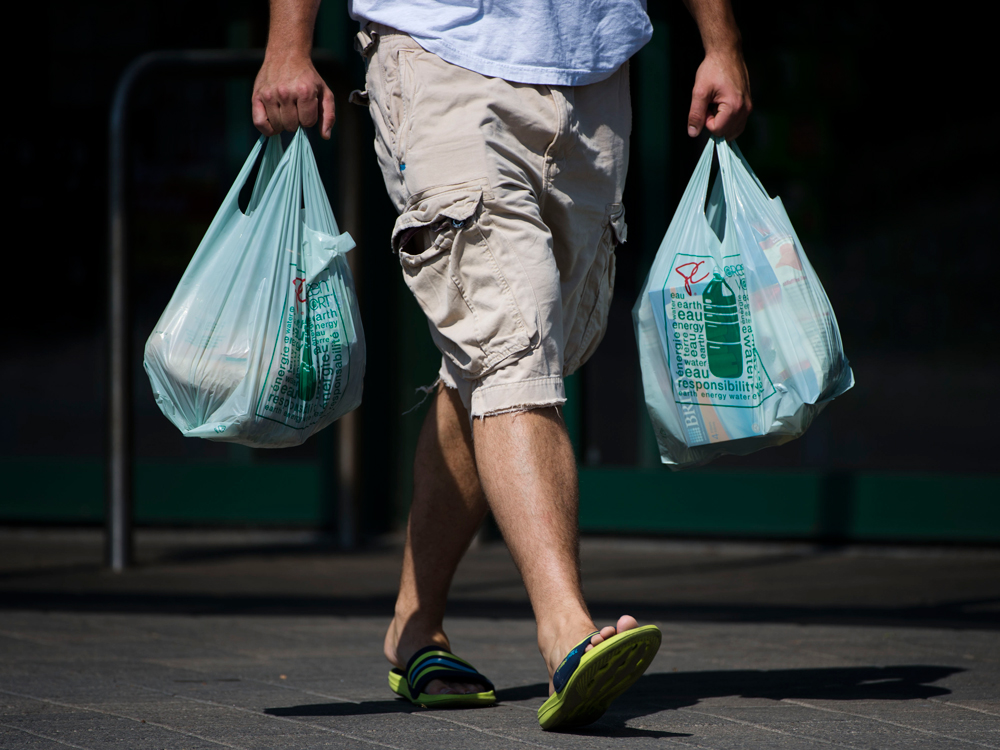 I’m a hypocrite. There I said it.

My house is filled with plastic. It’s in my fridge, my cutlery drawer, in my bathroom, my bedroom and my car. I’m typing this out using plastic; I’m wearing it.

I’ll be honest – I love what plastic lets me do. So for me to sit and write an article about how we need to banish the stuff makes me a hypocrite plain and simple.

So I’m not going to do that.

I’m going to ask for your help instead because we’re all in this together, right? I’m going to explain some of the things I’ve been struggling with, and ask for help navigating through one of the biggest problems we’re facing right now. If you don’t think it’s a problem, then please read this and let me at least tell you why I’m trying to make changes. The end goal of this is to attempt a month of no plastic waste. At the end of this article, there’s a list of the things I’ve started doing, and a place to offer your suggestions.

See, it all started because of that damn habit I have of ‘reading a lot lately’.  I’m always ‘reading a lot lately’ about things, and it gets me into trouble. Ignorance is bliss right? I’ve realized that my love for plastic has kind of fucked things a little, so I’m going to attempt to go a month without throwing out any of it. And maybe I’ll realize I can use a lot less of it after all. We’ll see.

In my ‘reading a lot lately’, I’ve come upon things like: “World plastic production has increased exponentially from 2.3 million tons in 1950 to 162 million in 1993 to 448 million by 2015” in National Geographic’s recent issue title Planet or Plastic. I don’t think they could have been any more blunt than that. It’s either the Planet we live on or the Plastic we love. Damn that’s a hard truth to swallow.

Those numbers are massive, but they’re too massive to really digest. I needed more manageable data. In my reading, I also discovered that  nearly a million plastic beverage bottles are sold every minute, and that estimates for how long plastic endures range from 450 years to forever.¹ That last one is much more understandable for me. In my life-long love affair with plastic, I had not fully considered that this stuff may never break down. Ever. I mean, deep down I knew it wasn’t good for the planet, but I didn’t know just how bad it was.

It all started for me when I watched the Vice documentary on Youtube called Garbage Island where a bunch of young good looking people take a scientist out into the Pacific find the ‘plastic gyre’. They don’t find it, but they do find a shit load of plastic immersed into the water at a ratio that startles the scientist. It’s all the microplastics that are the real problem, she declared. It was after watching this that it struck me – maybe the problem is way worse than I thought. Maybe we’re all f*cked. 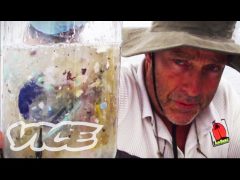 Actually, I’m going to back up a little. I think I have to declare that I grew up in the kind of household that re-used, recycled, and bought in bulk. I got my peanut butter from a 5 gallon pail, cut milk bags to use as sandwich bags, and washed plastic in the sink for reuse along with the dishes. I’ll declare my bias openly. My parents were hippies who were concerned about the planet. They were, and are, in the minority. But it doesn’t take an environmentalist to realize this is problem that affects all of us, man. More people are starting to get concerned, enough so that big corporations are even banning plastic straws. The tide is turning (excuse the pun).

The mentality I grew up with carried forward into my twenties when I started keeping all my plastic grocery bags in a drawer for later use. I had a feeling that this plastic shouldn’t be tossed into the garbage in such cavalier fashion after being used for only a few minutes. Upon finding this ‘bag drawer’, my roommates questioned me with a confused look like I was crazy, and told me to stop keeping their grocery bags.

It made me feel uneasy to just use a piece of plastic once and toss it, which is something I feel could be changed. According to studies, more than 50 percent of plastic is used just once, then tossed.² If we can somehow cut down on single use plastics like straws, cups, cutlery, bottles, and bags, we just might have a chance to choose the Planet over our malleable, toxic friend.

But this is what makes me the biggest hypocrite of all.

I’ve had this feeling my whole life and done nothing about it besides quietly judging people who don’t recycle or bring their own bags to grocery stores. I’ve done nothing of real value to address the problem, just like I’ve done nothing real to address the fuel I burn besides walking and biking more. I know I’ve got to alter my habits, but I just can’t seem to make any serious changes. It’s a love affair with plastic that makes me feel so dirty, but yet I keep coming back for more.

It’s a mindset, logical in some ways, but irrational in others – we go out and pay for bottles of water when it comes out of our taps for free. We accept bags to carry our single purchases in when we have hands that can do the same thing. We accept straws to drink through when we have mouths that can form around cups.

It’s a strange habit. And a dangerous one, especially since we’ve found that the Great Lakes are filling up with plastic too. It’s not just the oceans thousands of kilometres away. In his alarming piece for Mountain Life, Nelson Phillips warns of a 2016 study by the provincial government that cites 6.7 million particles of plastic per square kilometre are in the Great Lakes nearshore waters.

This one really shook me.

I spend a lot of my time on the freshwater lakes that surround us – paddle boarding across the waters of Lake Huron, surfing the messy swells that rise up in the fall, canoeing northern Georgian Bay every summer, and swimming at Sauble Beach for months of the year.

This is my back yard we’re talking about.

I’ve always seen pictures of plastic heaps in other countries and thought we were fairly immune to it here in Ontario. Could the Great Lake shores ever look like the pictures I’ve seen of junk filled beaches around the world?

Microplastics are coming for all of us and the solution isn’t simple. Even if they’re aware of the damage, it’s extremely difficult to change a person’s mindset. It’s really hard to tell people what they should do, what they should buy, and where they should put their trash. But right now we’re producing materials that last forever to satisfy a use that lasts for minutes. We can at least cut out the ‘lasts for minutes’ part and stop using plastic for single use items that we don’t really need.

I’m going to stop being such a hypocrite and start putting my money where my mouth is. This is where I need your help. This is where I’m asking for some strategies to really reduce plastic in my life. I’ve started with the list below, but I’m asking for help to expand it. If you have any comments, suggestions, strategies, questions, or concerns, then send us a message. I’m going to try for a month of November where I don’t throw out any plastic.

Here’s what I’ve done so far:

But I need more….