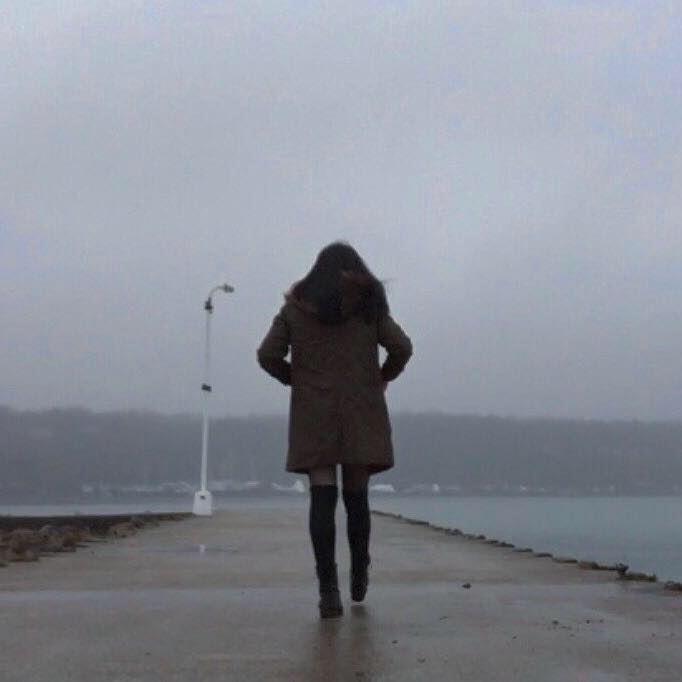 Originally from Pangnirtung, Nunavut, Ciera Lee-Kooneeliusie moved to the ‘big city’ of Owen Sound five years ago and started working at two of my favourite places in town: The Bean Cellar and Heartwood Hall. She is also a talented filmmaker who plans to eventually take film at Ryerson. In the meantime, she’s currently taking courses at Georgian College and making really fascinating short films like ‘First Year’, which was shot in Killarney, Lake Superior Provincial Park, Wiarton, and Leith, and attempts to demonstrate her land/spirit connection. There are beautiful shots of landscape amidst scenes of inukshuks and mit-making, which are important parts of Unuit culture for Ciera, who explained to me the initial struggles of finding community in a place so far from home. The title refers to her first year after overcoming her struggle with identity and her new surroundings, which affected her mental health. She has taken throat singing courses and regularly practices mit-making to help her maintain her attachment to Unuit culture. She also plans to continue making films.

I’ve said it many times: this area is full of amazing, talented people. I present to you ‘First Year’ by Ciera Lee-Kooneeliusie.