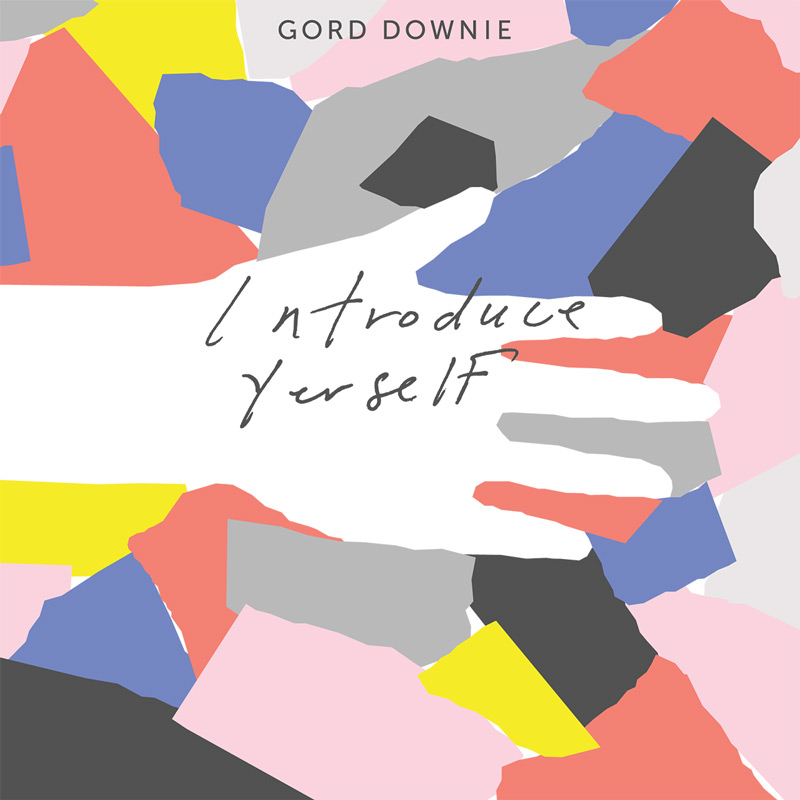 I was walking along the Bruce Trail this past weekend listening to Gord Downie’s posthumous album, enjoying one last collection of songs in a strange kind of mournful trek, when a thought struck me: why Introduce Yerself? I mean, why, out of all the titles he could have used from the twenty-three song collection, did he decide on that one?

I’ve been avoiding all reviews of the album because I wanted this to be fresh from my own listening experience – one that had me lying on my couch in the dark with headphones on Saturday night, instead of dressing up in some crazy costume and going out to celebrate All Soul’s Day.

And I don’t trust the reviews that came out too early. This album takes a few listens to truly understand it. Or maybe I’m just meticulous and slow to grasp concepts. But I’ve seen a few headlines and one word that’s being used is ‘haunting.’ And, yes, I agree – I think this album is haunting. It has to be. Gord’s speaking to us from beyond the grave.

But he’s not actually speaking to us. He’s speaking to specific people. Each song is a letter to someone in his life. And I’ll get to that in a second, but I want to explain why ‘haunting’ is the right word. He’s equipped himself with a piano and a handful of minor chords that give it an eerily beautiful sound. He’s also using many of his first takes so the emotion is raw, not over rehearsed.

There are sometimes sounds of children in the background, or audio clips of him talking, so the experience feels direct and immediate. We all know the distance that exists now between us and him, his persona and the country that loved him. He’s as far away as he can be in a metaphysical sense, but he’s never been so close on an album. He’s letting us into his life without the cryptic wall he usually puts up. And I do love the cryptic wall – it’s what impresses me most about his songwriting – but it’s nice to have him simply open the door to his memories and let us walk into that room and hangout for a little while.

So, for a poet, this is not an overly poetic collection. There is very little figurative language on Introduce Yerself. No, this is a collection of letters and journal entries. Knowing that death is coming, he is saying goodbye to his family, friends, bandmates, and the landscape of Canada in a way he has chosen carefully.

He said goodbye to his fans on the Man Machine Poem tour. This album is for the people closer to him, the ones that helped shape him.

So, why Introduce Yerself? It’s a story about him in the backseat of a car where he’s forgotten the driver’s name so he pens an arrow to those exact words on his hand and shows it to the person beside him. We then presume she introduces herself to the driver and Downie learns his name. It was such an impactful experience that he later considers getting the tattoo of that same message on his hand. So why is this so important to name the album after? Is it about the person or the experience?

I trust it would have been difficult to choose one person to dedicate the album to, and that’s what choosing one song would do. Unless he chose the experience over the person because the figure from Introduce Yerself doesn’t seem that close to him still – he says “When I see you, I’ll show you my hand” meaning this person hasn’t seen him for awhile. But he also says this is the person who “helped me out of so many scrapes…helped me wait and wait and wait…helped me when I had to pretend…helped me walk through thickets again and again.”

Some other choices must have been laboured over for the title. He could have named it Bedtime, which is actually the standout song for me. He uses careful vocal cadence in front of piano and soft drum beat to recount the tender moments putting one of his four children to bed “when I got to the door, closed to within an inch/that’s when you’d come awake/as if you’d been watchin’ me.” A Natural seems to be about one of his kids, as well, and is one of the only upbeat songs on the album.

He couldn’t have named it My First Girlfriend, one about the way girls made him feel when he was younger, when he was learning what attracted him: “I watched your every move/your sophistication/ your sadness/ and your certitude.” Although this was likely the girl who steered Downie into the books that served to add archetypal storytelling to his songwriting. But she was just his first girlfriend. His longtime wife, Laura Leigh Usher, has many more odes on this album, and I wonder if she’s actually the woman in the title song. They separated in 2105. I like that it’s still a mystery to me at this point.

And I don’t think he would have considered You Me and the Bs about he and his brother’s shared penchant for the Boston Bruins, a team his godfather, Harry Sinden coached. “The Bruins got the conversation going” he sings, in a line that reflects the times when life can get heavy and sports is the thing we rely on for easy conversation.

His band mates get the upbeat Love Over Money, which would have made for a good album name, and it’s the one that sounds the closest to a Hip song – appropriate, of course. The message is a universal one: do things for love, not money. That’s how you get good. That’s how they got good. They were the envy of so many other bands for the way they operated, and this song is a testament to that and to them.

When we use the word haunting, Snowflake is what we’re talking about. He dedicates it the person who held his hand by the highway, perhaps his mother or father. It’s definitely a childhood memory; the details are fuzzy, but he remembers “that day/the grey lake/ the highway” and the imagery is powerful here: “we got to an old stone home/it stood out so all alone/ against a great field/ all covered with snow.”  It explores the space between dream and memory and how some childhood memories stay with us forever. I like to think he had an image like that in his mind as he slipped away from us.

And then there are the lighter songs, like Spoon, where he details a trip to see the band, Spoon, play in Toronto and the reverence he had for them. He takes one of his children to the show and describes the whole day in detail. “We’d stare up at the moon/ and listen to Ga Ga Ga Ga Ga by Spoon.”

Could Ricky Please be about his spot on the Trailer Park Boys? Probably not, but he does begin the upbeat piano tune with “I don’t do enough drugs.” I’m sure he contemplated calling it Faith Faith where he gives us touching images like “We touched noses every morning/one, two, three times”

No, after careful consideration I think Introduce Yerself is the right title. It’s about the message: remembering people’s names. I mean, that’s what he’s doing on this album after all – remembering people. Paying tribute the ones who meant something to him or were apart of an experience that stuck with him. People were important to Gord. He made a point of showing it near the end by planting kisses on them. He wanted a farewell album that made sure he gave them all one last ‘kiss’ goodbye. What’s more intimate than writing a song for someone?

And when the disease progressed and he wasn’t able to remember names any longer, he was heartbroken. Remember the interview with Peter Mansbridge when he reveals he’s got Peter’s name written on his hand? He had come full-circle since that time in the car on Introduce Yerself.

The final few songs get very tender and The Lake is a beautiful love song to Lake Ontario, the constant in his life, the thing that brought the sun to him every day. “The Lake has always been/between the sun and me/but rather than blocking it/ it brings it to me.” This song speaks to my experiences on my own lake, Lake Huron – my constant – watching sunsets from my paddle board. I think we are all secretly in love with the Great Lakes even if we don’t realize how lucky we are to have them surrounding us.

Remember when I said this wasn’t a poetic album, but a more literal telling of his life? Well, he proves me wrong on the twenty-third song, the final one. He chooses to close with a spotlight on his final crusade: First Nations’ rights, the “boys way up in North…keeping things real”. After explaining on the previous twenty-two songs how much he was shaped by the people in his life, he states plainly that “you taught me more than they ever would, ever could.”

Finding out “what the hell went on up there” as he states in his final concert, was very important to him and he makes it very clear on his final effort. My favourite writing comes on this one; the poet comes out eventually and he leaves us one final message in the last verse, something to contemplate, something to take comfort in.