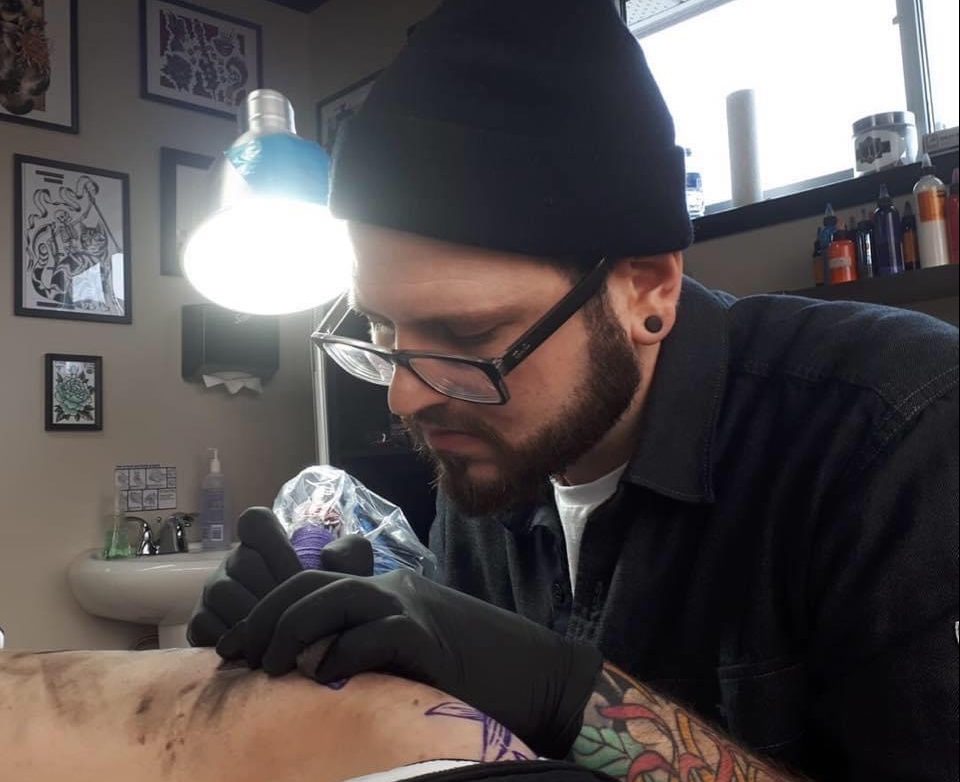 For those of us not deemed essential, self-isolation was a pretty excruciating experience.

We tried to fill our day with half-hearted workouts and new hobbies we weren’t as passionate about as we originally thought (I still can’t crochet for shit), and we were stressed being cooped up at home listening for daily updates hoping the curve was flattening; let’s be honest – it was enough to wear anybody down. Living off the CERB money was alright, though, as it’s rare to receive $2000 all at once. As much as that money should be spent responsibly on food and rent, it’s easy to want to be irresponsible as well.

It would have been a perfect time to get tattooed. You could sit around all-day letting your new piece heal without worrying about accidentally scraping against things, or having those touchy-feely co-workers with their unwashed post-lunchbreak hands creeping ever closer with their lips poised to ask “what does it mean?”

Unfortunately, the tattoo industry is another one that came to a grinding halt when the government announced what businesses were deemed essential or not. I caught up with Omri Amar who owns, operates, and tattoos out of Collingwood Tattoo Company to see how his shop has been affected by the lockdown.

“We were at a complete standstill,” Amar tells me. “ We’ve been closed since March 14th, and we have five full-time artists who rely on the shop being open to support them and their families…we are just hoping to be open as soon as possible.” The unfortunate timing of their closing also meant that Collingwood Tattoo Company had to miss out on what would have been the shop’s four year anniversary. “It definitely felt like a loss. We planned on celebrating with our shop family and friends. The people we work with are the closest people to us and not being able to spend time together has been the hardest part.”

Amar is an award-winning artist who has been tattooing for 15 years and has worked in shops and conventions all over Europe and North America before settling in Collingwood. “I feel like I am part of the community here, I moved to Collingwood 10 years ago, I got married in Collingwood, bought my house in Collingwood, and my son was born in Collingwood…that’s why I named my shop Collingwood Tattoo Company.” After opening the shop in 2016 with his wife Kim, the shop has grown to include artists Jake Macqueen, Kami-Lee Kwan, James-Patrick Bouthillier, and Connor Yearwood. “I’ve always felt embraced by the people here,” he says of the shop’s growth.

The shop was able to re-open June 12th, and their artists are fully re-certified in BBP and Covid Restrictrive Operations. They’re also fully stocked on PPE. While they’re working diligently on rescheduling all appointments that were canceled pre-COVID, the artists will be looking to take on new projects as well. You can contact them at the shop email collingwoodtattooco@gmail.com with your name, number, and tattoo idea.

If you’re not looking to book a tattoo but would like to support the shop, you can contact them to purchase gift cards or reach out to any of their artists about custom art. They also do anything from flash sheets and prints, canvases, even custom skateboard decks.