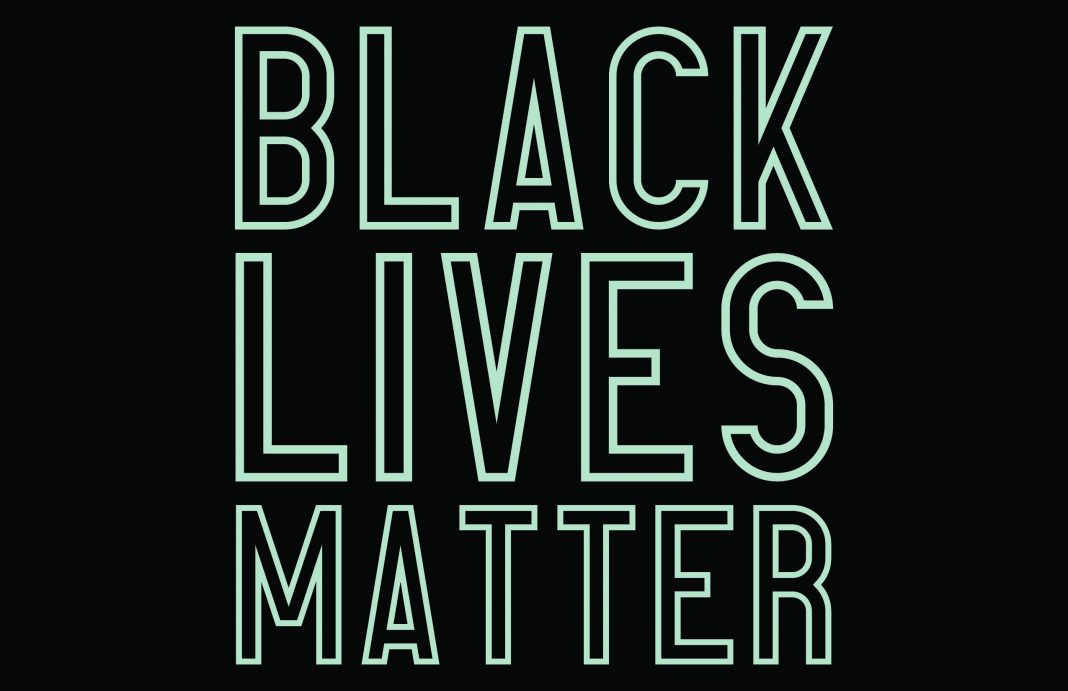 I can’t, and won’t, attempt to speak on behalf of those affected by racism. What I can do, is lend power to their voices, offer my voice in support, and listen.

Jesse and I had a discussion about the statement we published on the last page of the summer magazine; Black Lives Matter, in big bold letters. It’s always been our mantra at Rrampt to not discuss politics or religion; it can be messy, and the magazine is really about having fun. But the BLM movement is not about politics – it’s about fundamental human rights, eradicating racism, and supporting our Black brothers and sisters, friends, and neighbours.

Grey County is home to the northern terminus of the Underground Railroad. This place was literally a safe haven for fleeing Black slaves. At the June 10th BLM Solidarity March in OS, over 1,000 people came out to lend their support by gathering at the Black History Cairn. Collingwood and Wiarton showed a similar outpouring of community support. Much respect to these three hubs of our greater geographic community.

Using my privilege as a White guy with a platform, what I can say is, and let me be unequivocally clear: if you don’t think the lives of Black people matter, in any capacity, you’re just not on the team, man. I’ll do what I can to silence racist voices and ideas from public ears and ensure the voices of those who support equality are heard. I’ll use my privilege to do what I can to stop any evidence of racist views from entering the history books locally, and I’ll do it with a smile on my face. In this particular point in time, my voice, and the voices of countless others will be lent out to those who need additional volume and strength.

None have offered a more elegant and inspiring view on the recent wave of racism that’s swept the world than Blaine Courtney. He’s the Former Chairman of the Owen Sound Emancipation Festival and a revered community leader. The Emancipation Picnic was established in 1862, predating the Confederation of Canada, and represents the longest continuous running Emancipation picnic in North America.

This page, this platform, and these closing thoughts are enthusiastically his.

Over 1000 Owen Sounders gathered to participate in a march of solidarity to support the “Black Lives Matter” initiative last Wednesday, travelling from the City Hall steps to the Black History Cairn at Harrison Park. It was encouraging to see such a broad spectrum of our municipality, especially our youth, coming together to share their voiced concern over Black racism in Canada and the United States.

While the majority of the recent news headlines deal with events south of the border, our own history and current events have many examples of racial bias. I once heard it described by an elderly Black gentleman as a “ gentler form of what our American cousins were suffering through.”

The  Civil Rights movement of the 60’s resulted in many changes, mainly legislative, with the abolishment of legal segregation for education, allowing voting registration (throughout the south in particular) and the rescinding of the Jim Crow system, to name a few. While these were great steps forward for many Black Americans, they did little to change the mindset of too many Whites, that people of colour are inferior.

Many in Canada have displayed the same mentality, which is the root cause of our current race issues.

In my opinion, there is one clear observation as a result of the protests, marches, and discussions that have taken place over the last few weeks, and it is this: “ A Change is Gonna Come.” This is a title of a Sam Cooke recording from 1964, and I think it is an apt battle cry for today.

You may ask why I am so confident…

While Blacks must continue to campaign for their own futures, we need the support of our White sisters and brothers to ensure this is successful. They must, and I think they are ready, to join us in a committed and extended journey to see an end to Black racism and eventually all racism.

The passion and resolve on the faces of all those rising up to cry “enough is enough” says it all. The fact that those faces are all colours and represent all ages shows that support comes from a cross-section of our society and there wasn’t enough of that 60 years ago. While Blacks must continue to campaign for their own futures, we need the support of our White sisters and brothers to ensure this is successful. They must, and I think they are ready, to join us in a committed and extended journey to see an end to Black racism and eventually all racism.

I have noticed that there has been a lot of conversation by my White friends around “White Privilege.” How do they have the much-needed discussion with their children about racism, and what can they do to help address the issues?

I think that by recognizing that this privilege exists you have taken a big step forward. By being aware of the position this puts a Black person in, far too often, you can be more sensitive to situations and speak out when you observe prejudice as a result of it.

Discussions with children may be a little more difficult, depending on their age, but they are never too young to learn and we must remember they are watching for adults to lead by example. I really think they are the generation which will carry this cause across the finish line.

Please support those events and the individuals who are leading and organizing the struggle. Don’t be afraid to step forward to ask ‘what can I do to help?’ Racism is not just a Black issue, it is a disease which can consume everyone if we don’t stamp it out. Let us join hands and support each other as we journey down this road together.