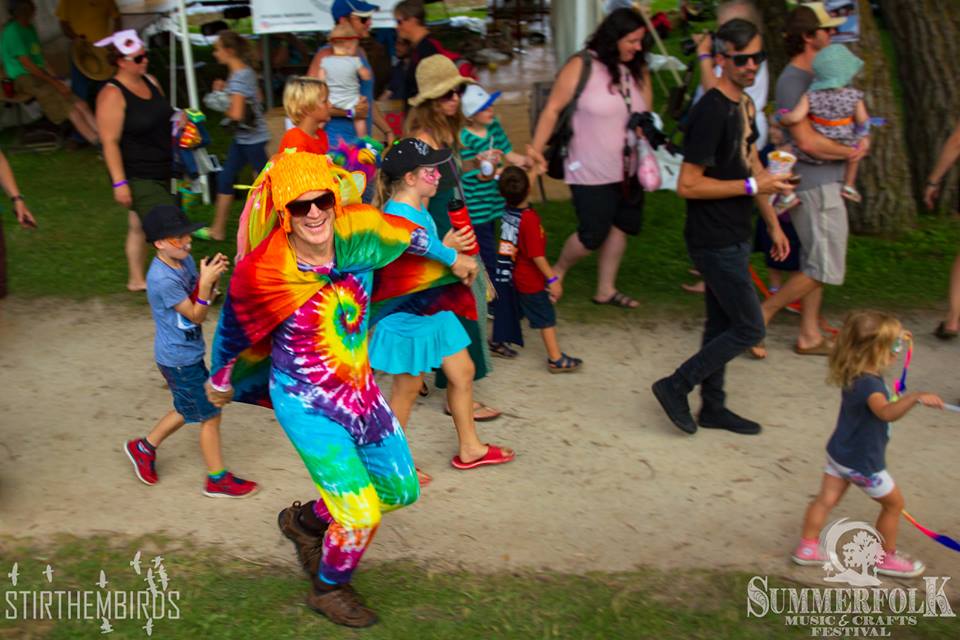 I’ve got that low-energy, lost-voice lethargy that always comes after a weekend long festival. I got it after Bonnaroo every summer, after TURF, Field Trip, Osheaga, and Pemberton.

And I’ve got it after Summerfolk. We here at Rrampt Summerfolk-ed it pretty hard this past weekend, and all we’ve got to show for it is this measly article. Call it a kind of ‘hit list’ if you will, a review, a rundown, a recap of the stuff we saw and the places we napped (just kidding, we never sleep here at Rrampt).

First of all there was no rain, which was really strange for this infamously inclement festival. That was one thing we all commented on, especially one Rrampt team member who jokingly commented that three of their highlights were Bahamas’ stage banter, the Indian Tacos, and the lack of rain.

While, I also appreciated all those things, one of my favourites was the talent of the Youth Discoveries – Emily Gilbart’s voice! And Basset’s talent, and Fork n Harp’s songwriting/picking skills! Willem James Cowen’s mature songwriting abilities, and Esther’s Family’s cool collective groove. I was diggin’ that youthful vibe for sure.

And there were a few Youth Discoveries from last year who returned as performers like The Lifers, and Paige Ballagh, who impressed Sarah here at Rrampt. And Ballagh even took part in the audience favourite Songs From a Hat (but really Brock from the audience stole the show with that one).

When Zak Erb wasn’t taking a break to watch Scenic City Film Festival’s This Movie is Broken at the River Tent with Nelson, Megan, and I, he was brokering deals with the camera devils to get the downright dirtiest shots of the weekend. He was in the right place at the right time to catch Rrampt favourite Bryden Gwiss Kiwenzie and his brother doing some serious hoop dancing under the Bay Tent on Saturday night.

Sarah Harmer played all her crowd pleasers to a Friday audience, and then The Harpoonist and The Axe Murderer and My Son the Hurricane lit up the Bay Tent Friday night leaving a crowd of sweaty, dusty, beer drenched festival goers to head back to their campsites until Saturday morning arrived to let them do it all again.

Saturday night lacked that electric vibe that Friday and Sunday generated, but it had its moments. The Kubasonics were definitely unique – those Newfies know how to throw down some cool sounds.

Sarah, Zak, and I all fell in love with Mama’s Broke: ‘her harmonies settle deep in my bones’ Sarah said; and Nelson and I agreed that Goitse were incredible. Sarah Harmer, Rose Cousins, Stephen Fearing, and Nick Sherman were the standout workshop in the Bay Tent, and actually Nick Sherman was one of my overall favourites from the weekend (I’m happy to hear he’ll be coming to Heartwood Hall on October 12 to support Matt Epp’s release of Shadowlands)

I’d seen Drew McIvor, Joel Morelli, and Rob Elder in smaller venues around the area so it was great to hear how their tunes translated to a wider festival stage. Locals representing! I was in the right state of mind on Sunday afternoon to really sink into Elder’s set at the Bay Tent. Sun was shining, beer was flowing, and his soulful tunes about getting out of debt were speaking to me.

And speaking of locals, Samantha Martin had the crowd in the palm of her hand, melting like Delta Sugar, on Sunday Night. We all agreed that she was a highlight of the weekend, including Nelson who called her performance epic.

But I think we all agree that Summerfolk saved the best for last – Bahamas not only entertained the crowd with what Zak called a ‘stand-up comic style crowd work’ but delivered a beautiful sound. His set consisted of mainly Earthtones tunes and a few Bahamas is Afie selections. But he launched right into the sweet guitar riffs of Lost in the Light off Barchords just to set the tone.

So now you know the reason for my low-energy, lost voice lethargy, the reason I’m needing to catch up on sleep this week. But will I do it all again next year when the festival season comes back around? You’re damn right I will. I’ll folkin’ do it in a second.

Written by Jesse Wilkinson with help from the whole Rrampt team.

Images by Zak Erb of Stir Them Birds