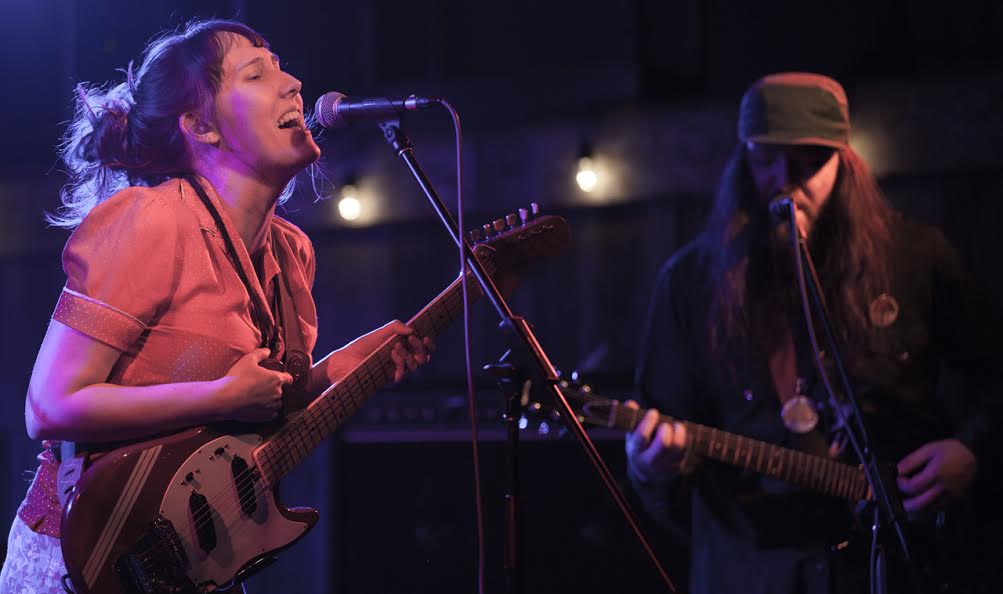 Well, Lupercalia 2017 had a beauty start last night. Damn, that was fun. It’s the first of a two day music festival in Owen Sound that attracts bands from around Ontario and music fans from across Grey, Bruce and Simcoe counties.

Last night, I wanted one of those experiences where you go to a show without knowing the music. I used to do that a lot. I used to buy CDs (back when they were$20!) for bands I’d never heard of just to be surprised.  So, I didn’t listen to any of the bands beforehand like I usually do. Normally, I’m down with research, but I let their live show be the introduction.

So when tWeen opened the night, all I knew was that there’d be two guys on stage.  I don’t know the music of Ween that well. I borrowed one of their albums from the London Public Library when I was in second year university (yes, I used to loan out CD’s – that was a thing in the early 2000s) and I really liked it, but I guess I didn’t like it enough to go buy it after I returned my copy. Anyways, what I’m trying to say here is that tWeen made me want to get back into Ween. I’ll definitely be ‘buying’ an album on Spotify tomorrow. They were a great opening act, even though the crowds hadn’t quite shown up yet.

People starting filtering in for the second act, WHOOP-Szo, who came out and bid us all ‘Boozhoo’, which is an Anishnaabe word for hello. The lead singer was a story teller, and persisted beyond an aggressive heckler who just wanted to hear some music. I love a good story about a good song, and when he told us about his cousin Gerry in Saskatchewan and then played the song dedicated to him, it was one of my highlights of the night. People say music and politics shouldn’t mix. I say fuck that. I love my politics mixed with my music. I’ll take it all night long.

The Wall of Sound was an art exhibit that Josh Richardson orchestrated, and it was hanging near the back of the concert hall filled with local musicians, but it was the wall of sound coming from the stage that kicked some serious ass. There were three guitars! Three!

“If you can handle that, you can handle anything” said lead singer, Adam Sturgeon, after the first burner. I guess the crowd at the Heartwood can handle anything then. I loved their sound – wavering between Cobain-esque vocals (yup, just made Kurt into an adjective), heavy driving rock, and peaceful melodies about the power of rock n roll.

By the time the final act took the stage, the place was packed and the energy was palpable. People were ready to dance. And they did. They dippped and swayed to the surf rock sounds of an all female, go-go boots wearing quartet called, appropriately,  The Surfrajettes. And yes, that’s right – they had go-go boots. It was amazing. They were too easy on the eyes and too easy on the ears (cheesy right?). But seriously, they were tight. My dad was in heaven (I was there with my old man and my sister). He knew every song, which is why I have the following list of tunes they played: White Rabbit (Jefferson Airplane), She Loves You (Beatles), I Had Too Much to Dream last Night (ask my dad), Suffragette City (Bowie), A song by Eric Burdon and the Animals. They played for two hours, and moved between songs with only minor stage banter about their families, day jobs, musical influences, and ironically asking who the Beatles were.

Close to their set’s end, the bartender, Jen, brought a tray of tequila shots to the stage after they played (you guessed it) Tequila. One of my other favourite moments from the night happened next: one of the guitar players stepped to the mic and said “My mom says we’re not allowed to have these until after this song.” Their parents had all made the three hour trek to be at the show and were making sure their daughters didn’t get too out of control.

They closed with the Yardbirds and then the crowd demanded an encore, and then another. And then they had to call it quits. They must have been tired. I know I was – I guess I’m getting old and need my sleep. So I skipped the after party, which was a tough decision because I missed a chance to ask Adam Sturgeon more about his cousin Gerry, the guys from tWeen about their love for Ween, and the Surfrajettes about the decision to dress as fifties go-go dancers, and to make sure they really did know who the Beatles were.

The second day of the Lupercalia festival kicks off at 3pm today with a Tech Talk with Tim at the Owen Sound and North Grey Public Library, followed by a Round Table on Truth and Reconciliation in Art. The music tonight consists of Timothy Glasgow, L Con, and The Woodshed Orchestra.

So go out and get Lupie!