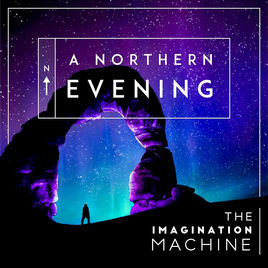 You may not have heard the name George Rondina yet, but you might have heard of some of the artists he’s worked with over the years: Barenaked Ladies, Van Morrison, Will Smith, The Rolling Stones. Yeah, not exactly lightweights.

And with the current project, The Imagination Machine, George Rondina is proving himself to be an extremely talented musician himself, releasing decades worth of recordings under one album due out next year, titled appropriately, Decades.

He’s released the first single from that album called A Northern Evening and you can listen to it here.

It is drawing comparisons to Peter Gabriel, and even some John Lennon, which Rondina finds funny. But he definitely agrees that it’s got a British sound, and that’s reasonable because he’s been deeply influenced by British music. In fact, it was a Beatles concert in 1964 that led him down his musical path, one that has amassed him, and his Number 9 studio, numerous Gold records and Junos.

“I’ve been in the studio business for many years,” he says. Thirty-seven to be exact. But he started this music career in the 1970s as a keyboard/vocalist in various rock bands. In 1981, Rondina started a recording studio in the back of his brother’s record store in Richmond Hill, Ontario. With only $500 and a dream, Number 9 Studios was born.

Keep an eye out for more uplifting Gabrielesque tunes from Rondina’s upcoming Decades by tuning into his Soundcloud account or by keeping up with Rrampt.