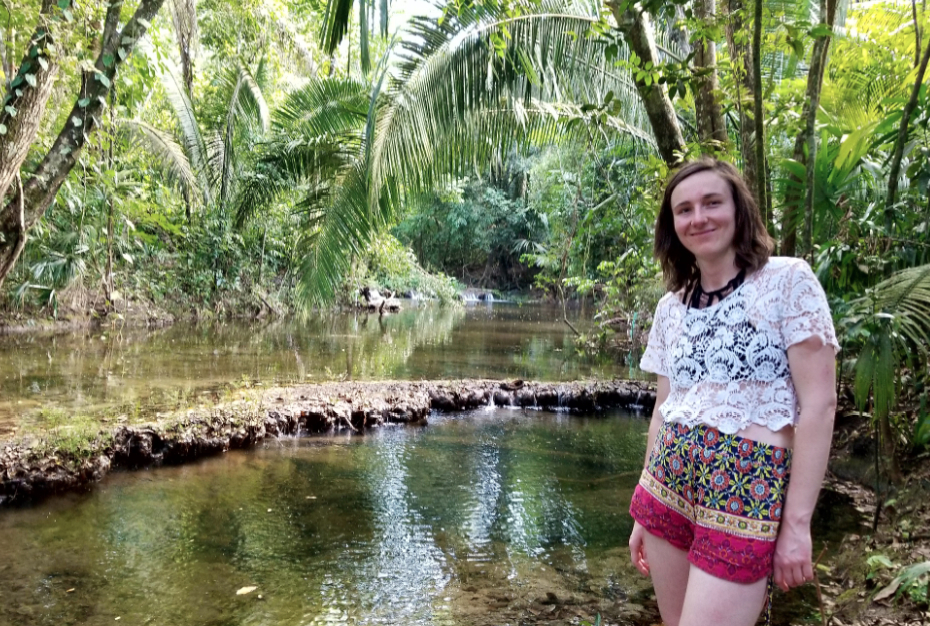 Over the past two and a half years, I’ve spent some time thinking about “sustainable tourism” – more specifically, whether this concept might be able to save the Bruce Peninsula I love so dearly from being loved to death.

The conversations, research and meetings have been numerous and while we’re off to a decent start, we still have a ways to go before we’re truly “sustainable”, whatever that means. Amidst it all, the successes and the challenges, I have experienced some moments of overwhelm and discouragement. In the face of these, as often as I can, I try to remember that we aren’t alone and there’s much to be learned from other places.

Thank goodness we don’t have to make all the mistakes ourselves – that would be expensive.

The cumulation of globalization, the world wide web and probably a slew of other factors have led to the rise in international travel, and the rise in tourism hotspots – Barcelona, Venice, Reykjavik…Tobermory. These destinations are left to catch up and get ahead of the crowds before the very nature that made them famous is diminished.

One destination that has been more or less successful in directing tourism in their favour is Belize, where ecotourism has been emerging since the 1980s. So, while a little R & R and a little adventure were at the top of my list for my recent trip to this Central American gem, I couldn’t help but note a few lessons on sustainable tourism as well…

First things first – we’ve got to protect our treasures, or we’ll lose them and the tourism benefits that go along with them. On this front, Belize is off to a good start with 36 percent of its land under protected status (http://www.bbc.com/travel/story/20120202-travelwise-belizes-lessons-in-eco-tourism), therefore already exceeding the Convention on Biological Diversity’s target of 17 percent of the world’s terrestrial and inland waters protected by 2020 (https://www.cbd.int/sp/targets/rationale/target-11/). Belize is helping make up for Canada’s shortfall, currently at around 10.5 percent, however, McKenna’s efforts and the new federal budget will hopefully help our cause.

This is where things get a bit more complicated – it’s not simply about just getting land “protected” but also making sure the level of protection is enough. Will an area be strictly “wild” and untouched by man, or will people be able to visit? Canadian national parks go about this business using “park zoning” – some zones are critical habitat, thus strictly protected, others allow for some infrastructure and visitors.

While there are certain sensitive areas that should be protected, the concept of “protected area” can be somewhat problematic because it treats humans as separate from nature. In contrast, an Indigenous conservation ethic treats humans as part of nature, making for a more sustainable relationship https://www.desmog.ca/2018/03/10/how-indigenous-peoples-are-changing-way-canada-thinks-about-conservation), considering the impacts of seven generations before and after a decision. After all, the net gain is higher if we use an entire habitat sustainably, rather than protecting here and trashing it over there.

In Belize, with tourism being one of the leading industries, it seems as Belizeans welcome visitors to their treasured places, however, not without some guidelines and controls. For example, the Actun Tunichil Muknal cave, a Mayan archeological site and one of the country’s premier attractions and named National Geographic’s top sacred cave (https://www.nationalgeographic.com/travel/top-10/sacred-caves/), must be visited with a licensed guide. As our guide Elias told us, there are only about 25 guides, and these guides are limited to a maximum group size of 8 people, soon to be reduced to 6 and no more than 10 people per day per guide. The guides passionately share the story of the cave, how sacred it is and how to preserve the cultural treasures within it for future generations. They also enforce the no-camera rule, which came into effect after a couple of tourists dropped their cameras on Mayan skulls. Yikes!

Here on the peninsula, we’ve discussed “visitor carrying capacity” and faced difficulty in coming up with a number, and more importantly how to operationalize such a number, especially for anything other than a “gated attraction”. However, taking a lesson from the Belizeans, it seems important that one is set, along with measures for evaluating and adapting as we learn more. Getting off the boat from our snorkel tour, someone from the Belize Tourism Board asked if we’d participate in a quick survey. As we were unlocking our bikes, he asked us about what we’d learned about the marine environment – a perfect example of how they are evaluating the current regime in order to improve.

Everywhere we stayed in Belize had varying degrees of environmental consciousness. Electricity and water are valuable resources, so many businesses strongly encourage guests to conserve, recycle rainwater and use solar panels, such as Lower Dover Field Station and Hostel (http://www.lowerdoverbelize.com/).

While the former is usually more my style, I couldn’t help but check out Chaa Creek (https://www.chaacreek.com/about-chaa-creek/our-outlook-ethics), one of the first eco-resorts in Belize, for myself (of course opting for the more affordable and rustic casitas though). While I’m sure there’s even more than meets the eye, we had first-hand experience with their incredible educational programs – morning bird watching, a natural history museum, and a blue morpho butterfly farm – not only a cool attraction as visitors can enter and be surrounded by hundreds of butterflies, but also important for pollinating the crops at their nearby organic farm, which supplies the restaurant.

Upon perusing the local newspaper, I read about Placencia local Mariko Wallen and Fragments of Hope (http://fragmentsofhope.org/), an amazing local organization working to restore coral reef habitats off the coast of Belize and recipient of the UN Climate Solutions Award (http://newsroom.unfccc.int/climate-action/winners-of-2017-un-climate-solutions-awards-announced/).

And one step further than simply having champions is having champions who represent different groups and interests, and who can work together. For example, as this article (https://skift.com/2017/10/23/proposing-solutions-to-overtourism-in-popular-destinations-a-skift-framework/) points out, tourism boards usually have a mandate of promoting tourism, rather than managing it. Who’s supposed to manage it then? Locally, we’ve found this to be a pretty tricky question; the current challenges are big, complex and require some resources to truly address, so it’s no surprise that no one is eagerly waiting in line. So, it’s going to have to be a shared responsibility, between government, businesses and residents. From what I gather, Belize has a very active tourism board that works closely with both operators and government. Perhaps, this means a national marketing strategy that creates a more sustainable “brand” for the destination, adopted by the Ministry of Tourism and national tourism board. Or, it could be as simple an NGO working with restaurants to reduce the use of plastic straws.

Another outstanding example is the Community Baboon Sanctuary (http://www.belizehowlermonkeys.org/about-cbswcg/), run by a non-profit women’s group which includes representatives from each of the seven communities that form it. It doesn’t really protect baboons, but the endangered black howler monkeys which exists only in Belize. The group successfully got over 200 landowners to sign pledges in support of the monkeys’ protection, and as a result, the howlers have made a comeback, as we experienced first-hand, at approximately 4 AM, as two alpha males were getting territorial. As the loudest of all land animals, let’s just say before knowing what it was, it sounded much like the sound effects of Jurassic Park.

So, in the end, could it be that simple? Follow these four steps to sustainable tourism on the Bruce?

No, not really, or so I’m realizing. And I’m sure it hasn’t been for Belize either. However, these encouraging examples give a glimpse of the possible, which keeps the wheels turning. 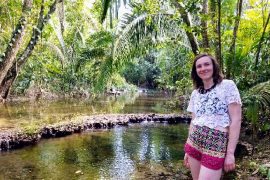 Geoffrey James of Third Development and his “4 Minute Escape” music