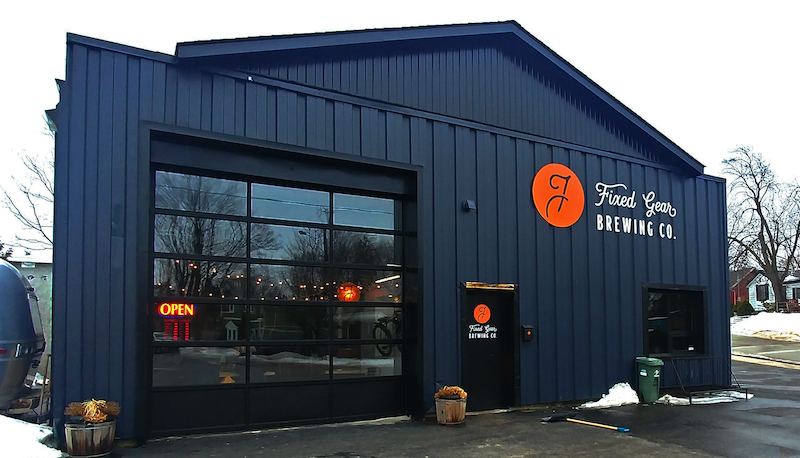 Since September 2018, Fixed Gear Brewing Co. has occupied a converted mechanic’s garage in the Guelph Junction.

The place is decked out with bicycles and bike related decor, and the beers are named after cycling terminology. This appealed to me, as it combined two of my favourite hobbies: biking and drinking.

While it’s not a huge operation, Fixed Gear sure cranks out some damn fine beer. I sampled four of their best sellers because well, beer is good, but craft beer is better!

Nose: Mild, with some sweetness

Taste: The Peloton is hoppier than one would usually expect from a pilsner. It’s still got all the defining characteristics of a pilsner, but with an extra layer added. It’s got nice citrus notes with a bitter aftertaste.

Where to Enjoy: After a swim at the beach, while enjoying a slice of watermelon

Where to Enjoy: I don’t know if you’ve ever had a beer in the shower after a long week, but the Breakaway is the right beer to enjoy in the shower

Appearance: Dark brown with a hint of caramel colouring when the light hits it just right

Taste: Red hook has got a nice toasty flavour with a sweet aftertaste and hints of dark chocolate and coffee. It’s almost like drinking an expensive chocolate bar.

Where to Enjoy: It’s a good November beer, for when it’s that kind of weather which may be either snow or rain.

Appearance: It’s a shocking peach colour, looking almost like a glass of juice

Nose: Smells just like a slice of cherry pie

Taste: The initial wave of the sour beer tartness is soon replaced with the unmistakable taste of cherry.

Body: Light, with some edge to it

Where to Enjoy: This is a good beer to drink in early May when the buds are just appearing on the trees.

Despite being pretty much a brand new brewery, Fixed Gear Brewing has already carved out their own niche. They put some interesting twists on classic styles of beer, and are on top of the current trendy styles as well.

I can’t wait to see what they do next!