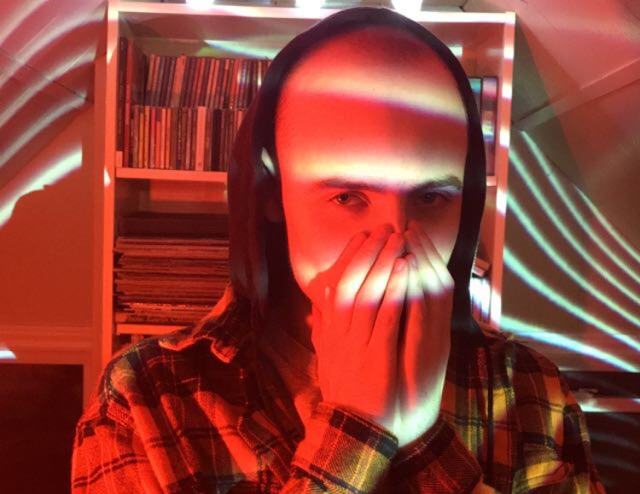 Growing up around music has profound effects on people. Not only are there innumerable academic studies concluding music has massive cognitive benefits on the brain, but music is also a metaphorical portal to other places, to different times, cultures, and even a stepping stone to the development of a love for collaboration and community.

Nathan Markowitz-Dyer comes from a musical home – but in an unconventional sense. When people say they grew up in a musical home, they usually mean their parents or siblings were singers or musicians; maybe it means their parents played a lot of 45s, or the cassette bin was a tasty and diverse collection of jams – but Nate’s family is a radio family.

His parents met while working at the legendary Ryerson community station – and often controversial – CKLN Toronto. His mother, Philly Markowitz, went on to become a renowned CBC-Radio host, best known for the Radio Two program Roots and Wings, a one-hour folk show with a taste for the unusual, which proudly featured legions of independent international singers and songwriters from 1993 to 2012. His dad, Myke Dyer, was a Toronto punk who hosted an open format cassette-based program on CKLN, working heavily with industrial, avant-garde, indy, rock, DIY, subvertainment and auto-hypnotic materials.

That curatorial background of music at home in Owen Sound helped Nathan develop a penchant for eclecticism and diversity, leading him to tinker on the family computer creating beats with stock loops at the age of 9.

“My mother would always preview music in the house to choose what to play on-air, and when that wasn’t the case, the radio would be on constantly so I was always exposed to music from a young age,” says Nathan during our recent interview.

“I didn’t start creating music knowing that I wanted to pursue rap. I started messing around with my first DAW (digital audio workstation) when I was 9 going on 10 years old by going on my families iMac and dragging and dropping stock loops into GarageBand to see what sounded good together,” he says. “The whole genre of rap really started becoming relevant for me around 11 years old. With the rise of viral rap videos on YouTube such as “Pale Kid Raps Fast” me and my friends would have freestyle rap battles with each other at school.”

One of the most profound adaptations of the music industry over the past 15 years has been the ways in which the inspiration, development, and discovery of talent has shifted from clubs and venue shows to the internet. Nathan got his start taking stock of existing viral rap videos and tweaking them to suit his emerging style with ever-evolving digital audio technology at an age when most rural kids are more worried about provincial testing and whether or not it’s a snow day.

Those schoolyard battles and Youtube videos were the kickstarts of his hip hop career — a journey that’s taken him from 7th street east, to London, ON where he was recently accepted into one of Canada’s most prestigious music programs; Fanshawe’s Music Industry Arts.

“One night when I was babysitting I upgraded my DAW to Logic Pro X, and since that night I took my production skills to an entirely new level,” says Nate. “I released my first cover of one of my best friends songs – who was a complete stranger to me at the time – on June 30th of 2016. That was my unofficial SoundCloud debut and I had no idea what would come of posting something so simple.”

Two months later he was recording A-Mac The Rapper in his home, now a good friend and a connection he cites as one of his most important.

The most interesting thing to me about hip-hop and rap music is the sense no one can teach how to do it well — it’s all about personality and practice in the sense it’s different than learning the basic mechanics of the guitar. Rhythm, flow, articulation, and lyrical prowess come with time, but it’s your personality as a performer that’s unteachable. Life may be short, but the internet is forever, so when it’s largely your individuality and your personality that’s on the line, it takes guts and confidence to click publish. For M-D, confidence came through a network of supportive friends and collaborators who choose to push each other forward.

“When people would tell me that I was a good rapper and that I should keep going, that was a wild rush to me at the time, and after enough people around you tell you that you’re going to make it somewhere in life and they’re rooting for you, you can’t help but stick with your dream and be even more motivated.“Some people need a therapist or someone to talk to when something sad or traumatic happens to them. All I need is my Notes app and a microphone. That’s what music means to me. From both sides as a listener and as a musician, music has always done that for me.”

Owen Sound may not be the first place you think of in terms of a budding hip hop community, but it’s been a huge source of creative inspiration and support, says Nathan. It’s that same supportive mentality in his circle of co-conspirators that’s helped M-D to develop his art into an outlet for personal expression. A-Mac The Rapper, Lil $ace, YBD Profit, N.I.C, Alørs, and Lil Heartache all have prominent spots on his SoundCloud account, and vice versa. He also collaborates regularly with local videographer/director and Scenic City Film Festival alumni, Ronan Bryson, as well as editor Kc Cherry, two of M-Ds closest childhood friends.

But his network of peers isn’t cemented in Owen Sound. He’s already worked with artists from all over the continent, specifically Manhattan and Oakland, California.

“Nowadays it’s so easy to connect with musicians, especially in the rap community – people are very open to any kind of collabs available to them. But no matter how easy it gets, collaborations will always be a huge part of the rap industry. I believe that networking and connection are two of the most important parts of any career, and it will never stop being a huge key to success.”