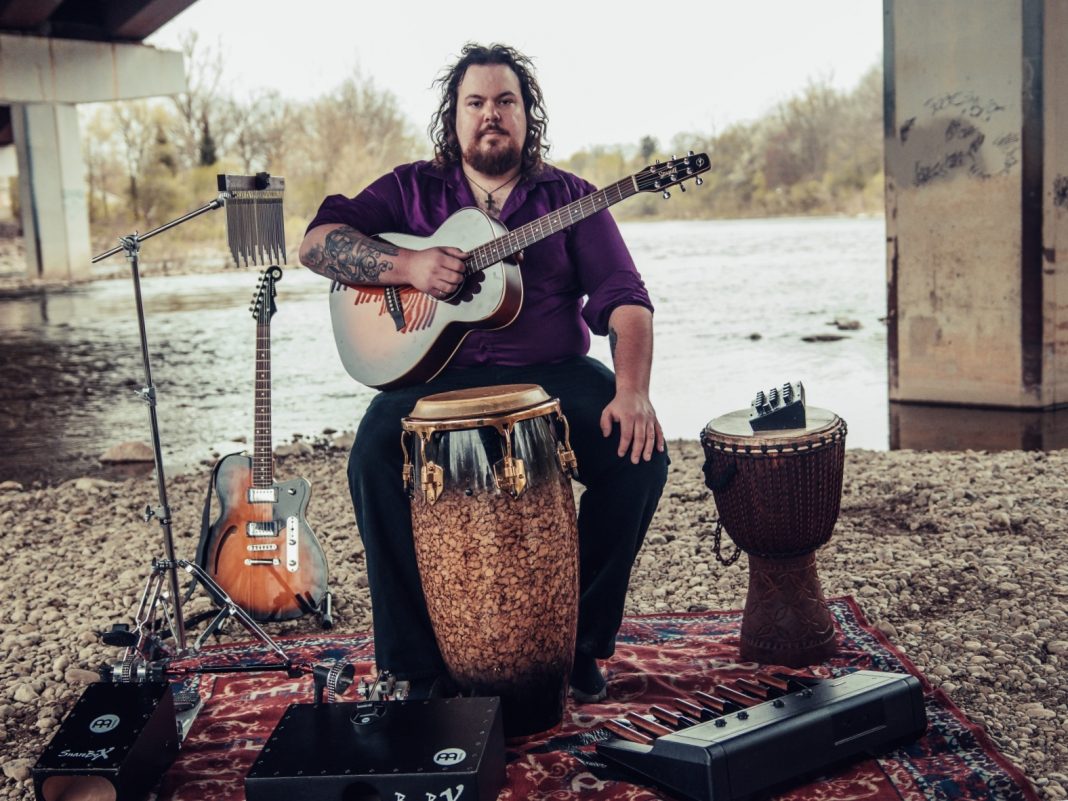 When I first saw Sammy Duke at the Summerfolk Open Showcase, he stepped up to the mic and apologized for having a bad cold. He coughed twice, cleared his throat and then ripped into an epic song called Pressure, an infectious, high-energy tune from 2018’s Terminus.

His one-man-band approach wowed the audience at Heartwood and impressed the judges (which was just James Keelaghan) enough to secure him a spot at Owen Sound’s big Summer folk festival in August.

But to get a preview of his Summerfolk set, and to find out just how many instruments one dude can play, head down to the Owen Sound Visitor’s Centre along the Harbour this Sunday at 7pm. He’ll be playing a selection of new stuff from Terminus as well as 2017’s Glass Demons. And just to get a sense of what you’ll witness when you settle into your lawn chair on Sunday, Sammy Duke plays the guitar, bass synthesizer, percussion (with both feet), and the chimes (yes, chimes).This guy is truly a one-man-band. He’s giving Xavier Rudd a run for his money!