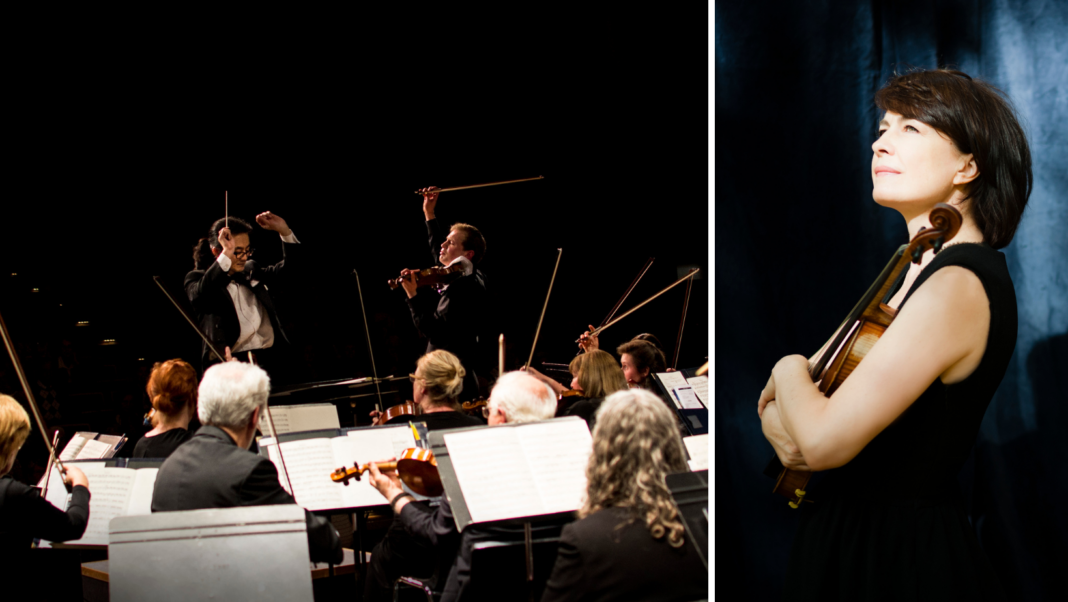 “During the pandemic, I needed something to do, so I adapted [Aurora Rising] yet again for a full symphony orchestra,” says Scott Irvine about his piece for the October 22 performance in Owen Sound. “To explain the process would require a seminar in music composition.”

I’ll be up front here – I certainly don’t have any formal education in music composition. But I’ll be honest about another thing – I sure do like classical music the more I listen to it.

Having little to no formal musical education doesn’t stop me from enjoying the symphony experience and it won’t for you either. I mean, I have no idea how a killer guitar solo is written, but that doesn’t stop me from going to see my favourite indie bands. And just like most concert experiences, the symphony experience isn’t just about the music – it’s a Saturday night that begins with dinner out and ends with a cocktail somewhere (who serves the best martini in Owen sound?). I think my partner and I are ready to enter our Symphony years – we’ve got tickets to all five concerts this season and look forward to classin’ up our Saturday nights starting in October.

“The various titles Aubade, Morning Song, and Aurora Rising are all kind of related to the morning and could be seen to represent “new beginnings”.  I feel that the music I composed reflects that,” says Irvine. “And it’s a great way for the GBS to start live concerts again.”

If you don’t know what GBS stands for, it’s okay – I’ve got your back. There was a time when I didn’t know what it meant either, but that was back when I was a young punk who thought that only jam bands and hip-hop were cool. I experienced the Georgian Bay Symphony for the first time a few years ago and it made a big impression. As I said earlier, it’s an experience. A full sensory onboarding that melts your worries away for couple hours. Close your eyes and transcend.

And symphony goers have been feeling that transcendency for fifty years. This is the Georgian Bay Symphony’s 50+1 season, and they’re celebrating with five-themed concerts: Roots, Joy, Reunion, Dreams, and Reconciliation.

“The entire Roots program is built on traditional Scottish music that is famous for its upbeat and lively style featuring bagpipe in Huronia Suite by Steve Sauder and violin and harp in Scottish Fantasy by Bruch,” says Lucia Barcari about the October 22 concert. Barcari was selected to audition for GBS in 2019, played her first concert in February 2020 and appointed Concertmaster in 2021. The orchestra continued with digital season until March 2022. “This is our first in person anniversary season,” she says.

GBS is led by Francois Koh, who took on the Maestro role in 2015. His major artistic goal is to strengthen the cultural fabric of communities by providing access to top-quality classical music. And he’s fulfilling that goal in Owen Sound, a centre where the symphony may not always be the first thing people think of. It’s one of those cultural gems that can be overlooked by young people seeking a fun night out, but it’s on par with having a long running music festival, or an OHL team, or a theatre company; in short, it’s a part of the cultural fabric that makes Owen Sound so special.

Under the leadership of Maestro Koh, the Roots concert will bring together one talented collection of musicians. “We will perform not only beautiful classical music, but also, we have invited our alumni, previous concertmaster and principal and founding members,” says Koh, who takes an interest in promoting young Canadian composers and Indigenous-related compositions.

“Owen Sound and the Lake Huron area in general were deep enough to perform [Huronia Suite] in their opening concert of their 51st year,” says Steve Sauder, who also recognizes the uniqueness of this area. “Calling Lake Huron a ‘lake’ really does it a disservice, given its size. In reality, it’s a freshwater ocean; it creates its own weather, and has its moods, like any ocean. That idea became the framework for Huronia: a four-seasons look at Lake Huron and environs in winter, spring, summer, and autumn. Before I started the composition, I took an extended trip around the lake, up the Bruce to Tobermory, around Georgian Bay and along the north shore, making field recordings of birdsong, waves, and other sounds of nature, that would figure in the piece.”

How cool is that?  And combined with an exciting audiovisual component, this concert is a great way to get the 50+1 season started.

“I’m hugely honoured at the opportunity to give back to the area that formed me as an artist, and I am so excited to hear it come together!” says Sauder.

And this is coming from a person with much formal education in music composition (unlike me), so you can trust him that this will be a be a great concert. But come find out for yourself and enjoy the full experience of a night out at the symphony. Maybe it’s time you entered your symphony years!