The best podcast series I’ve listened to recently has come from Radiolab and it’s all about gonads. Yes, that misused term that is all about reproduction. Radiolab is a podcast in the science/philosophy realm and usually hosted by Robert Krulwich, but the series I’m recommending began with an episode called Birthstory, the strangest surrogacy tale you’ve ever heard, and because there was so much to discuss around the issue of modern reproduction, it spawned (sorry for the pun) a month long series by editor Molly Webster called Gonads exploring the issue. It was so fascinating and relevant to today’s discussions on sex, gender and procreation, that it’ll stick with you. Below is a sample from the series, titled X & Y. 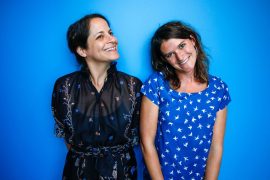 This podcast started out good, with some interesting, but rather dark stories about psychology and thoughts, but it has become great with episodes like The Callout. The Callout is one of those stories that will keep you engaged for an entire hour as Alix Spiegel and Hanna Rosin dive into the Richmond hardcore scene and tell the story of one person in particular who raised a lot of questions and controversy about current movements like the #metoo campaign. The sample below is not that story, but one shorter example of the type of stories you’ll hear on Invisibilia. This one involves a robbery, a glass of wine and a concept called non-complementary behaviour. 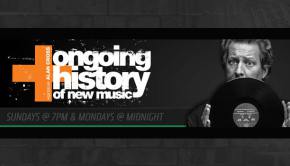 Alan Cross and the Edge 102.1 bring their radio show to the podcasting world and it’s a perfect 20 minutes of music education. I highly recommend the four part series on indie music called The History of Indie Rock. Let’s face it, no one really knows what the indie label means, but Cross gets to the bottom of it…kind of. He knows his stuff, and makes it accessible for all types of music fans. The sample below is Cross’ take on grunge and Chris Cornell (RIP). It’s close to an hour but it’s entertaining as hell if you’r a music nerd like we are. 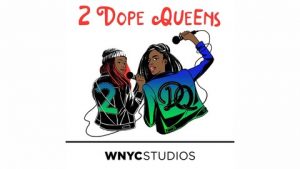 This podcast is straight up entertaining with conversation and stories on the lighter side, which is refreshing after an hour of heavy content. Phoebe Robinson and Jessica Williams tell stories about everything from flirting with Bono at Bonnaroo to talking safe sex with Tegan and Sara. There are always lots of guests, stories, and hilarity. It started as a comedy show between two friends in Brooklyn. It launched as a podcast in 2016 by WNYC and was awarded the Best Podcast of 2016. The sample below is the official promo, but I recommend A Jon Hamm Sandwich and I Trimmed My Pubes For This? episodes. 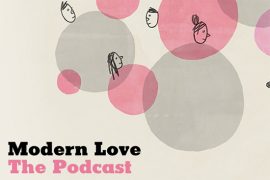 Modern Love is a series of real stories and essays read by famous actors with voices we all recognize. It’s a collaboration between WBUR and the New York Times and is not just about romantic love – it’s about all the different manifestations of love.  Finding My Own Rescuer, read by Mandy Moore, is one that captivated me about a young woman’s interpretation of her relationship with a paraplegic man. Also, The Language of Love, read by Saoirse Ronan, addresses the language barrier between an Iraqi doctor and his patient. The sample below is one read by Alex Karpovsky about a young couple navigating a new relationship while one is suffering from depression.