You may not know you’re a swinger, but when you hear the big band sound coming out of Georgian Sound you’ll realize there’s a whole genre of music you’ve been missing out on. If you were at Rrampt’s Gin n Jazz Fusion show where a funk band took the stage with a small horn section of three, you can multiply that by four to equal the brass in the TD Harbour Nights’ third concert in the summer series: Georgian Sound Big Band. 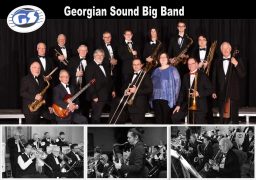 According to their website, The Georgian Sound Big Band has been playing “the sweetest music this side of heaven” since 1988. They play highly danceable music (which my girlfriend would definitely think is heavenly – she LOVES to dance), including classics from the thirties and forties right up to modern Latin and Pop tunes. Bob Cringan formed the band, composed of musicians from across the Georgian Triangle – Stayner, Collingwood, Thornbury, Meaford, and Owen Sound.

And the Georgian Triangle is where they love to play. They’ve recently appeared at Jazzmania in Thornbury, the Stayner Gazebo, and Taste of Collingwood. They’ll be swinging by (pun intended) the inner harbour of Owen Sound on July 8 and then off to Jazz in the Park in Wasaga Beach on July 24.

But this won’t be their first show at Harbour Nights. Here’s a clip of them releasing some sweet sounds along the water in 2011.

One of the missions of GSBB is to inspire young musicians and encourage them to pick up a horn. It’s clear they’ve connected with the young Murphy brothers who have made a name for themselves in this area. Here’s hoping they have an impact on more of the youth in Georgian Triangle. We can always use more horns!

They’ve recently released a new album, In Session at Just Bs with swing tunes like these. 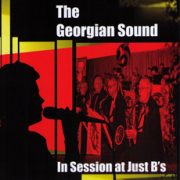 Show starts at 7pm at the Visitor’s Centre along the Owen Sound harbour.