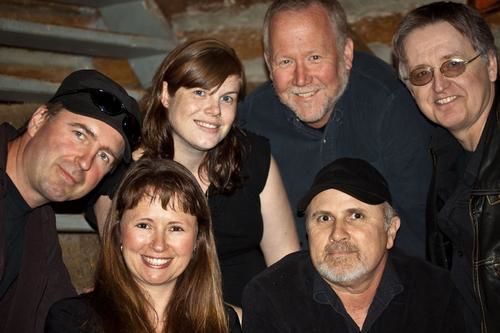 How do you describe Beggar’s Road?

Let’s start with their traditional Irish and Scottish influence. Toss in some folk, bluegrass, jazz, rock, and blues. But don’t forget the country. Oh and there’s even a little classical.

So, if it’s a Road we’re describing, let’s say it’s an eight lane highway busy with traffic that weaves niftily in and out of genres in the direction of Owen Sound for a show on July 15 at the inner harbour. Yes, this seasoned songwriting team is playing Harbour Nights and it’s going to be a fantastic show. You’ve got the talented Dave Farrar and gifted Justine Maw-Farrar, the most recent addition and classically trained, fiddler Kim Lake, and multi-instrumentalist Ian Harper. Bob Robbins is the songwriter who formed the band and Larry Dickinson is a successful songwriter in his own right.

Initially the Shards, the group has stuck together since 2000 in part because they describe their band as a group of friends who play music together. There is a lot of mutual respect and admiration among band members, and each has a deep love for music.

With only a few personnel changes along the way, they’ve taken a page from the Tragically Hip’s playbook by finding a way to make the group dynamic work and the music last. Local audiences have really embraced the band’s Celtic sound, and their beautiful Georgian Bay Bound has become an anthem for this area.

If you’re up for a little stroll down Beggar’s Road, you can have a listen to more of their stuff at their Reverbnation site. But it’s best to show up at the Visitor’s Centre at the inner harbour on Sunday at 7pm to hear these songs live. 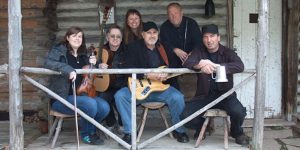