Rrampt.
Home Lifestyle Observing the impermanent with Brandon Houston of The Collingwood Foundry 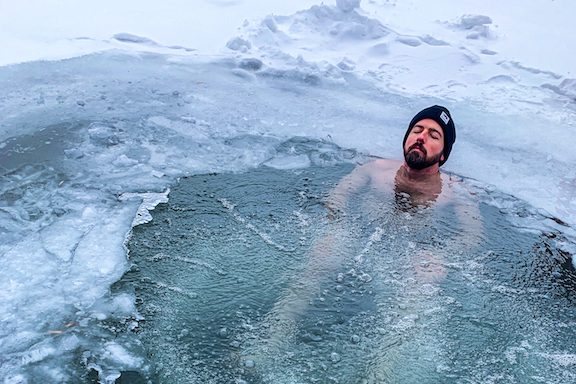 In 2019, Collingwood was awarded as the #1 Entrepreneurship Community in Ontario and second in Canada for mid-sized communities. For a town so often associated with the grandeur of the ski industry and the allure of the Georgian Bay lifestyle, the Canadian Federation of Independent Business (CFIB) has consistently ranked Collingwood and South Georgian Bay in the top 10 communities in Canada over the past 10 years when it comes to entrepreneurial prowess; that’s a serious reputation to uphold and one that’s become a proverbial feather in its municipal cap.

17.1% of people are self employed – the second highest percentage in Canada, so Collingwood folks know how to boldly start new companies to pursue market opportunities. Another pillar of Collingwood’s touted business success is the presence of young business owners; cue Brandon Houston, CEO of Switch Video and owner of the Collingwood Foundry.

Before moving to Collingwood, Brandon ran, and eventually sold his web development company in. When he landed in South Georgian Bay he reached out to the Business Development Centre looking to join some form of a Young Professionals network to meet some locals. There wasn’t one, but the former owner of Switch Video had wanted to start one, so Brandon got in touch. One thing led to another and Brandon found himself accepting a job offer.

“Then on my third day, he flew in from San Francisco and told us the company was going bankrupt. I didn’t even have my computer set up yet,” laughs Brandon from the conference room of the Foundry. “I was already on the fence about it because I ran my own business for 10 years and now I’m here coming in as an employee, but the company was pretty cool and had great clients and I met the people and they were pretty amazing and then that happened – but we had an investment company in Toronto that said ‘well, we don’t want to lose our investment so we want to option your company and try to find a buyer.’”

That buyer ended up being Brandon, and after submitting a proposal to turn the company around in one year, he managed to do it with the help of his team in 9 months by cutting unnecessary costs and streamlining their business process. One of those changes included looking at the 4500 square footage of office space Switch held at the time. Now with 7 employees, the idea for a co-working space came alive.

“I thought ‘let’s just open the doors and see what happens. If there is this environment of small business owners and entrepreneurs here, maybe we can support them in that’… It just kinda grew – one and then two people came in, and then a year ago it really took off… Then what happened was, a lot of them are knowledge-based businesses so digital marketing, web design, videography, architectural design –

Watching this evolution of organic business growth in the community take place under one roof reaffirmed an idea Brandon learned from one of his more dynamic pursuits. He began practicing cold water immersion techniques and the Wim Hof method, a unique combination of meditation, breathing exercises, and exposure to intense cold that can help regulate stress levels, boost your immune system, give you more energy, improve your body/mind connection, and jack up your willpower and capacity for creativity.

“That all came from being at a desk and a computer all day and asking ‘what can I do to make sure I’m taking care of my health?’ and the science on that and what it does to reset your system and set you up for a great day. I’ll go in right after my workout and it’s just a good way to reset the day. It does something to reset your metabolism and I find I’m more productive during the day.”

Brandon says it’s helped him develop more sound business practices built on deep concentration, open understanding, patience, and observation. But that’s only half of his uncommon approach to intertwining physical and mental health with business and professional pursuits. Last winter he underwent a week-long vow of silence as part of a Vipassana meditation retreat with his girlfriend and business coach, Jenn Walker.

“You’re sitting there scanning your entire body to just notice subtle sensations. We meditated for about ten hours a day but the idea was canning from head to toe,” says Brandon. The core of the Vipassana process is to deeply notice sensations could be as noticeable as an itch or a change in your breathing pattern, or something minor and subtle – but by noticing these things you challenge yourself to become an observer and recognize they’re only temporary.”

Brandon will be the first to tell you there’s a lot involved in mastering the practice of non-reaction. But he’s well on his way to revolutionizing how young entrepreneurs in the region are using their environment to challenge the status quo of working and thriving in a business world heavily impacted by market fluctuations, COVID considerations, and the mass migration of people from cities to smaller places where lifestyle comes before the commute.

“When something bad happens to you or something good happens to you – you crave it or you try to get away from it and that builds something deep down that buries in you and those compound as you go through life… For me the outlook on that is phenomenal from a business standpoint. It gave me a really strong tool to continue going.

Mental health and depression is pretty big in the entrepreneurship space. We see the bright side and the instragram success stories, but we don’t always see the down sides – and there’s a lot of downsides… It can lead to a lot of mental health challenges so that’s what led me into meditation and re-centering myself.”

Everything happening in life and in business is impermanent. Everything changes. Everything has the potential to get better – you just have to be open to seeing that change and dive in – no matter how cold the water might be.