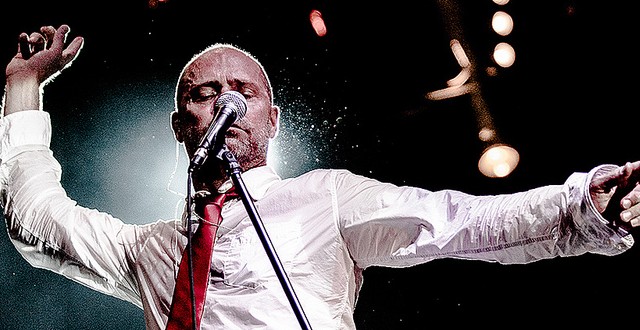 I sat out on my deck over the weekend with my newly-acquired headphones on in the summer night air and let the new Hip album sink in. It’s been awhile since I’ve just sat back, closed my eyes and listened to a whole album in the dark with no distractions, but I needed to hear what Gord had to say on what appears to be the Hip’s final album, one that is as experimental as Day for Night, and one that will hopefully stand the test of time like that album has.

If the first song on Man Machine Poem sounds more like a Broken Social Scene tune than anything off their first few albums, that’s because a) they’ve come a long way since the early years of Up to Here, Road Apples, and Fully Completely (this is their 13th album!) and b) this album was co-produced by Kevin Drew from the BSS collaborative. There are noticeable attempts at an experimental sound on songs like Tired as Fuck with its jazz lounge feel, and the breezy, Beatle-esque Ocean Next.

The most powerful song on the album might just be In Sarnia, a song that places the Ontario city in the same category now as Bobcaygeon, but even when Gord sings in a gorgeous falsetto voice that “Sarnia, you’ve been on my mind” it’s hard to relate.  Sarnia, I think, is rarely on many people’s minds; it’s certainly never on mine and I lived there for a year.  But it hasn’t stopped me from humming that chorus to myself the last few days.  It’s obvious the city holds some romantic appeal to him and there some moments of tenderness on the album.  In the heartfelt What Blue he swoons “In your eyes/what love looks like/still the longest thing that I do” and even declares that “I love you so much/it distorts my life.”

While the band may not have deviated too much from their iconic sound over the years after Day for Night received such backlash from fans, Gord has always infused a strong element of untried lyrics in their songs. Gord Downie is a poet; his lyrics are often cryptic and always enigmatic. My background in Comparative Lit studies has equipped me well enough to write a whole paper on lines like “You’re a real machine/fed on shadows” and Downie drops many of them on this album. 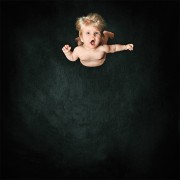 I love his ability to come up with a line like “Quiet enough to hear God rustling    around in the bushes”, which appears on A World Possessed by the Human  Mind. The fact that he conjures up an image of God is consistent with the rest of  the album, as well. He does it again when he asks if God walks with us humans  on Great Soul (and if he does, can he also run with us?). And then again on Hot  Mic when he asks “can we get it quiet in here so I can hear God”.

He writes a lot about God and humanity on this album, which makes me wonder that if he didn’t already know he had a terminal illness, was he channelling some important questions about his own mortality, possibly in the wake of his wife’s encounter with cancer? The album is named after the song, Man Machine Poem, from their previous album, Now for Plan A, a song he wrote about his wife’s battle with breast cancer.

He is exploring some lofty motifs in this collection of songs and asking some big questions: is there a god among us? Can we hear him/her when there’s nothing distracting us? What is the human mind capable of? Are humans just sophisticated machines? What does love really look like? These questions are fitting for a final album and one that was released accompanied by the devastating news of his terminal brain cancer.

It’s difficult to determine if the lyrics were written before he had knowledge of his cancer or after, but the album does hold a certain fascination with the human brain. In ‘A world Possessed by the Human Mind’ he begins by asking to “just give me the news/it can all be lies” hinting that he knows something is going on with his brain, what he calls his “greedy palace” later on in the song Tired as Fuck, which is a brilliant metaphor and one that makes him stand out as a song writer and poet.  The mind is, indeed, a greedy thing – it demands a lot of us when we sometimes just want to turn it off or escape from it.  And escape into a comforting sound is always what the Hip has allowed me to do, whether it’s rocking out to Little Bones or reflecting quietly to Fiddler’s Green or attempting a rendition of Wheat Kings on my guitar.  But in the end, the mind is still the palace, intricate and opulent, where we all reside.

It’s possible that he is waiting on the news of his cancer, writing from a liminal place between two lives: one where he has delivered truly Canadian music night after night across this appreciative country and one where he is going to have to spend his days in hospital rooms discussing his life expectancy with doctors and specialists. But at some point, after hearing the news, he has decided that he won’t let cancer divide his life at all – that he will continue doing the same thing he’s been doing for the last 25 years – treating fans to a unique, brilliant live show that highlights what it is to be Canadian.

The biggest hints about his illness may come from the song Great Soul when he declares that “nothing works” but he is playing around with the word ‘nothing’ as he goes on to say that “I’ve tried nothing, and I’m out of ideas”. He seems to be telling us that he cannot sit idle and do ‘nothing’ in the face of his disease. He’s contemplated not touring but that’s not going to work for him. He may be talking about God when he uses Great Soul here, but for me, it’s him: he is the Great Soul.

He is a soul that has become a Canadian icon and will live on in the hearts and minds of Canadians forever. He tells us that “patriotism is powerful stuff” late in the album; well Gord, you’ve made us all feel more patriotic through your music, your unwavering dedication to Canadiana.

And that’s what Great Souls do. 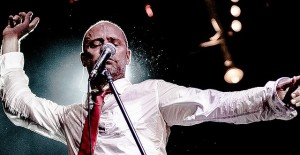