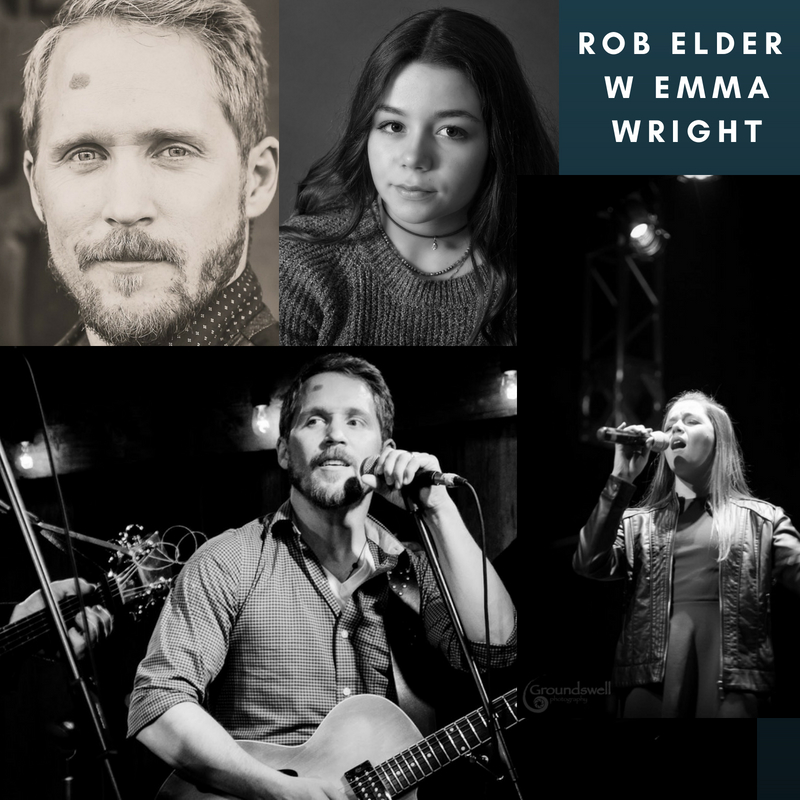 Rob Elder  has a busy summer ahead of him. If you haven’t had a chance to catch him yet around Grey/Bruce/Simcoe, you still have many chances like Boots n Hearts or Summerfolk. But if you want to see him for free at an outdoor venue on the water, you can just mosey (yes, I said mosey) on down to the Visitor Centre on Owen Sound’s inner harbour on Sunday evening, lawn chair in hand.

The TD Harbour Nights Concert Series is entering its second week and after the success of Stacey Renee’s show on the 17th, it’s clear that this is going to be the place to be on Sunday nights, a place for talented musicians to wow audiences all the way until August. I know for a fact that Stacey Renee made some new fans after last Sunday’s show and I’ll guarantee that both Rob Elder and Emma Wright will do the same this week. They’re just too talented to ignore.

Elder’s music is described as a “playful mix of blue-eyed soul, slick guitar, and crooning country rhythms with a voice that surfs from solid depths to groovy falsetto highs.” I don’t think we can say it any better than that! Rrampt was in attendance at Elder’s most recent show at Heartwood where he delighted a sold out crowd to a handful of new burners and some searing guitar solos. I’m looking forward to seeing a more stripped down version of these songs while stretching my legs out on the grass. But that doesn’t mean you can’t get up and dance – I imagine you’ll have the urge to. Just don’t fall into the harbour.

Emma Wright is headed for a successful music career, simple as that. But before she gets too famous, she’s stopping in at the Harbour Nights to join Elder in wowing the audience with her gorgeous vocals and mature interpretations of well known songs. Rob Elder knows talent, and he’s added her as a special guest, so either trust him or trust us: this young woman is the real deal. And what’s better than relaxing on a lawn chair by the water on a summer evening with a beautiful voice emanating from a young local talent.

After the Harbour Nights show, she’s headed to Boots n Hearts under the Emerging Artists showcase. She’s already wowed audiences at OHL games, Canada Day celebrations, and competitions like the Western Fair Rise to Fame, the CNE Rising Star and Collingwood Idol. Now its Owen Sound’s turn. She’s got a new single called “Heroes on the Wall” available for download at emmawright.net. But you’ll get a chance to hear it on Sunday evening I’m sure.

Feature image by Rob A Jones