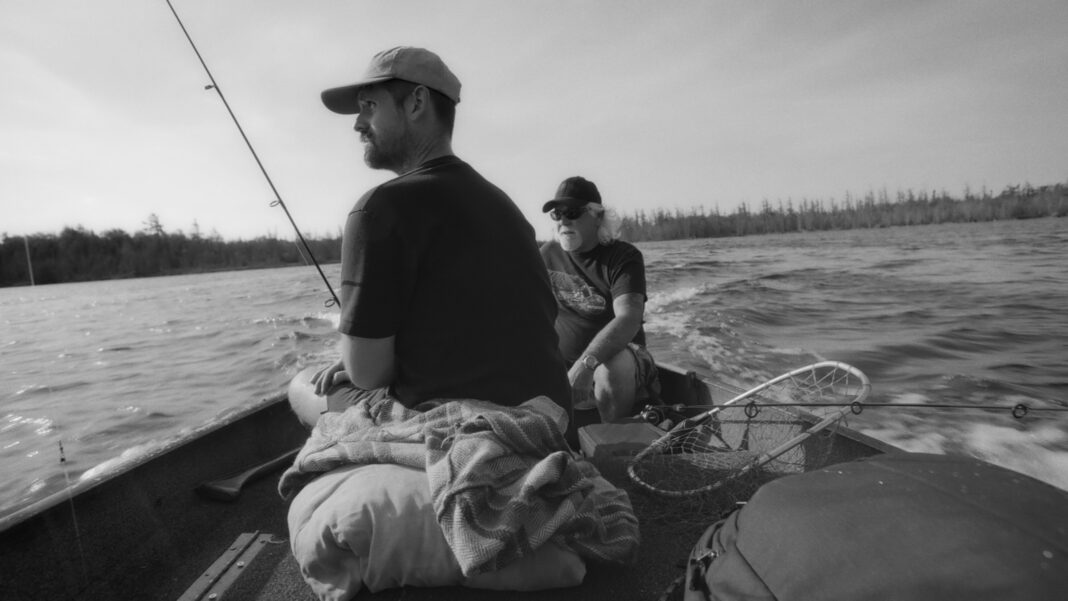 Traditional ideals of masculinity and rural living have a tendency to go hand in hand. The idea of some tough ass man doing hay, wrestlin’ critters, or in some way being rough around the edges and stoic in nature is a perpetuated stereotype we’re all familiar with. 2021 is a different time in history though, one where men are continually being encouraged to let down their guard and talk about what’s ailing them.

That idea of breaking down the pillars of traditional masculine values is the focus of Markdale filmmaker Jesse McCracken’s newest film, Grey Roads – his second feature film that’s been accepted to the prestigious Hot Docs Canadian International Documentary Festival. Now a budding cinematographer and filmmaker working in many aspects of the film industry, I caught up with Jesse while he was working south of the border in late April to chat about his roots and his film.

The whole idea didn’t begin as an exposé into rural masculinity, but what it evolved into as filming progressed was a beautiful thing that highlights the intricacies of rural life and tries to rediscover what makes modern male relationships tick. You might imagine those barriers were tough to overcome, but what Jesse found was quite the opposite. Centered around Markdale and Grey Highlands, the film shows a ton of stunning imagery of empty storefronts, hazy Legion concerts, desolate winter landscapes, backroads bikers; and men, actually talking about their communities and their feelings.

“I was surprised and excited at how open and willing my Dad and Grandfather were to make a film with me and how committed to the whole process they were,” says Jesse. “They never really showed too much restraint or hesitation. As we went on we got into deeper places, obviously there was a lot of transparency needed from me telling them where I saw this movie going. I saw it turn into a film about three generations of men growing up and looking at the beauty and some of the complexities of masculinity in small towns.”

Like a lot of young people from rural regions, Jesse felt the burning desire to get out of Dodge when he was younger, citing a perceived lack of opportunity, and a lack of willingness from his local community to adapt to change or invite new thinking into the fray. Coming home from film school in Toronto to work for the summer, the slower pace and calm Jesse felt were the sparks that made him want to focus in on Markdale again. He started to miss it more and more when he’d return to the city and started to lose himself in curiosity; why did he feel the need to leave in the first place? Reflecting on that, his reasoning sounded a lot like my own when I was younger, and what I suspect to be the feelings of many other young people today.

“It felt stagnant and hesitant to change; the whole area. People like my Dad felt resistant to things happening and there was a bit of ignorance there. That didn’t scare me, but turned me off of Markdale a bit and made me hesitant to want to be there super long… But if I was going to try to tell a story it had to be soon because I heard the school may be closing and the Senior’s Citizens home may be sold to a private company and it was like ‘wow, there are a lot of changes happening now’ and I thought it was time to start filming.”

There’s an obsession with rural life in popular culture right now; think Letterkenny. Programs like these have been staples of many households during the pandemic, and are dialed in on the humour of rural life. Letterkenny for example even glorifies the resistance of main male characters showing complex emotion. The main characters Wayne, Derry, and Dan solve nearly all of their problems either by making jokes from them, by drinking, or by fighting. Maybe that’s why Jesse’s film is such a breath of fresh air. It puts these archetypal characters on the shelf and dives into a broader scope of male emotion.

“I wanted to explore masculinity in small towns because it deeply affected me in different ways growing up. My Dad and his friends and this very old-school version of it… fondly looking at the past and wondering why our society has become so sensitive and being resistant [to change]… There were signs of change happening throughout the process,” says Jesse. “Especially with my Dad – which I was blown away by; his willingness to open up to me for the sake of this film and for the sake of other men in the area too… maybe his experience can be something other men can relate to in small towns and start to think about a bit more, and examine why [and where] certain attitudes and feelings come from. Maybe in the future, they’ll try to change those attitudes.”

As a young man that was/is filled with piss and vinegar, this is a really welcome story. I’ve done my time in therapy environments and continue to do so when I feel it’s needed, frankly because some conversations are best fleshed out in real-time by talking and sharing. The gist here is, it’s an incredible feeling to let things go and to talk about things that bug you, and that’s something I can pick up in our conversation: as much as Jesse’s paternal figureheads were able to get something off their chests, he was able to do the same through this unique form of ‘therapy,’ if you will.

“There’s a lot of funny moments and a great appreciation and a love for my Dad and Grandpa and the things they do and the people they hang out with. I want everyone to see their perspective and understand them a bit better… The way [young men] are taught to deal with trauma and emotions is by drinking. It’s relevant in a lot of small towns. It felt like an important and timely thing to start to talk about. I could have made an homage to my hometown but that wouldn’t have been completely honest. There’s something under the surface that I wanted to explore and this was it… I’m really happy and proud of [them] – these two men I grew up with.”

To check out the film, visit its page on the Hot Docs website and keep your ears open for upcoming local screenings. You can view some of Jesse’s other work by visiting his website.