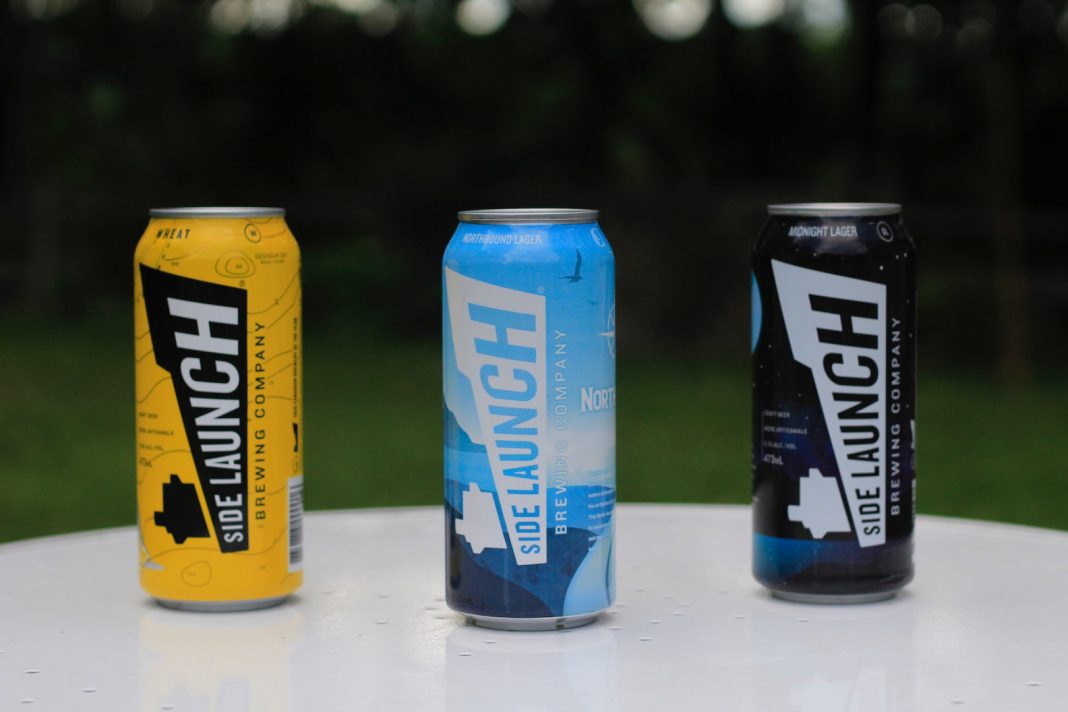 Collingwood is surely the Craft Brewery capital of Grey Bruce Simcoe. Four breweries supply the town with a diverse cross-section of the craft beer world. From lagers and pilsners to sours and goses, you’ll be able to find nearly any kind of beer you could possibly hope to drink. So let’s go on a tour of the Collingwood craft brewery scene starting with Sidelaunch Brewing Company.

Because beer is good, but craft beer is better.

Appearance: Golden, and as clear as glass.

Taste: The Northbound has a mild flavour with a little bit of bite! It’s refreshing, with the mild grassy notes from the nose reappearing in a pleasant way.

Where to Enjoy: This is a beer to have while sitting back on hot August nights.

Appearance: The Midnight is a deep, dark reddish colour, becoming transparent when the sun hits it just right.

Nose: Hearty chocolate aromas, with a touch of coffee.

Taste: Midnight has a robust malty flavour, with the dark chocolatey and coffee flavours making themselves known. It tastes sweet with a bitter finish.

Body: Medium bodied very smooth, with a slight edge to it.

Where to Enjoy: Despite its name, Midnight Dark Lager is a good beer to have in the afternoon or early evening while making pickles or something.

Nose: It’s fruity, fresh, and sour. The smell is reminiscent of a forest reawakening in the spring.

Taste: The Wheat is well spiced, with a cornucopia of fruit flavours each making an appearance. There are cloves, banana, citrus, and more!

Where to Enjoy: This is a beer to have in early summer when you bust out your shorts, and it’s maybe a little too early to be wearing shorts because the breeze is a little chilly, but it’s nice in the sun.

Taste: Right off the bat, you get the hoppy bitterness. It doesn’t really subside, but it does give way to other flavours, like citrus and pine. The Aftertaste is reminiscent of grapefruit pith in the best possible way.

Where to Enjoy: Drink this on a day when your plans to go on a walk have been cancelled due to inclement weather.