Rrampt.
Home Culture Best to promote music in youth: A chat with our new Poet... 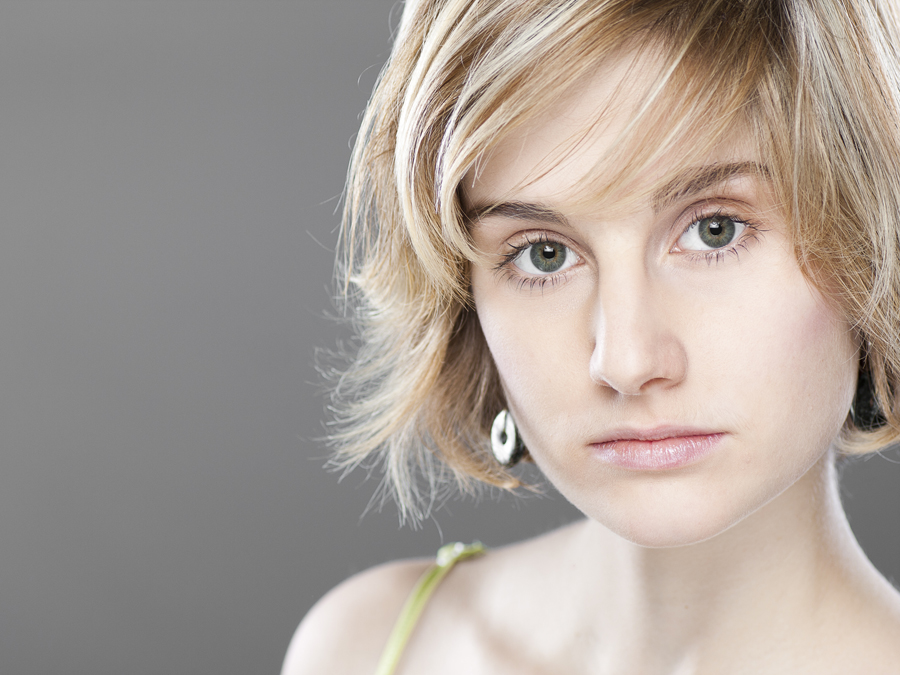 There are certain people you meet who have an infectious energy. You can’t help but share their excitement when they talk about what drives them. Lauren Best is one of those people. I’ve been interested in chatting with her since she became the Poet Laureate this past fall and after only a few minutes into our conversation, I can tell she’s the right choice for this prestigious position.

She took over the role from Larry Jensen and Rob Rolfe, who ended their two year stint as a dynamic duo of music and poetry. Best combines those two elements as well, although her aim is children. “I love amplifying the voices of kids,” she says.

A new mother herself, Best is clear on the importance of music and poetry for the youth. “There’s something really special when you see kids having fun with the arts. And not just poetry, but just those fun, creative moments…it’s a feeling but it’s more than that,” she says as we’re sitting in the back room of Frog Ponds Cafe, a place she hosts weekly drop in music sessions for toddlers. “When the two years is up I’ll be looking back at the children’s lives I’ve touched, and that’s awesome to me.”

Lauren Best has a background as a songwriter, lyricist, and keyboardist – skills she’s bringing to the Poet Laureate position. She also has a background in theatre and as an artist facilitator – educating about the arts but also learning through the arts. She hopes to use those backgrounds as a way of both creating and experiencing poetry for young people.

“selfishly, it’s just awesome being back”

Throughout the conversation, Best is always enthusiastic in her responses and it’s easy to tell she is passionate about what she can bring to the area. The only time she is stumped by a question is when I ask her if she thinks that poetry is an extension of music or is music an extension of poetry.

“Music has to be an extension of poetry because I was writing before I had the skills to put that into song. [pauses] But then I think to myself, I was making music before I was writing because I was making music before I could talk.” She pauses again, and I let her off the hook by saying it’s kind of a trick question. She clearly thinks profoundly about things – something a good poet and musician ultimately has to do in order to tackle the big questions.

Her collection of songs from 2011’s Sticker Collection is a profound exploration into life’s mysteries and the complexities of growing up. She was only a teenager when she completed the album, yet her Fiona Apple-like lyrical stylings and Regina Spektor arrangements make her sound much older. She is, like many young musicians, an old soul. It is clear from her songwriting, that she is innately a poet. Many musicians are.

“I noticed…as I got older and wrote poetry, adults paid attention to it. That it spoke to adults sufficiently. I think it was important that I was supported by grown ups while I was still young enough that I didn’t have the self doubt that comes along with being a teenager and exploring your creative side,” she says.

Her years in Toronto were spent freelancing her artistic talents and she’s recently moved back to the Owen Sound area to relaunch her business under the name Best Practice Arts.

“I wanted to have something that was beyond my own name and the programming would have a life of its own,” she says. “And part of the desire to move back home was to bring my skills here. There was this idea that ‘there’s so much work here, we shouldn’t leave the city’ but surely if I put my mind to it, I can bring what I’m doing up here and support what other people are doing and give back to this community. And then selfishly, it’s just awesome being back. I’m just glad to be here even if I wasn’t doing what I’m doing.”

But she is doing what she’s doing and that thing she’s doing is going to have a strong impact on the young people in the area. But becoming Poet Laureate was not something she expected when she moved back .

“I think I’m at the age where I kind of like having my shit together.”

“There was an application process, and I saw the call for submissions and I did some thinking about what I could offer. I didn’t imagine myself applying for that role until it came up. I treated the application like a proposal, so I tried to be specific.”

“It was pretty cool. I almost couldn’t believe it when I heard. “Really? Me?” she says and laughs.  The universe decided it was time for her to move home and to give back to the community. She’s accepted and is eager to get going. In closing, I ask her a question about this universe that seems to dictate our fates.

“If you were to write the song Dear Universe again [from Sticker Collection] at this age, what would be the tone? Would it still be that you’ve got a lot of growing up to do?” I ask.

Without hesitation she answers: “I think we always have a lot of growing up to do. But I think I’m at the age where I kind of like having my shit together. It’s kind of awesome not feeling quite so lost. I’m at the stage where I want to make things happen, and not just for myself. Especially being a mother now. Priorities change. As you get older, you have less time for which to work with.”

Lauren Best is sure making the best of her time (sorry for the pun – I tried, I really tried but it was inevitable – such a great last name), and it’s exciting to see where she’ll take this Poet Laureate title. She’s got some great ideas, ones I promised I wouldn’t publish since they’re in the beginning stages. I guess you’ll just have to pay attention over the next two years to see them unfold in the area.

For starters, you can catch her at the Cultural Awards this Sunday from 2pm – 4 at the Bayshore Community Centre where she’ll be reading one of her pieces and presenting.