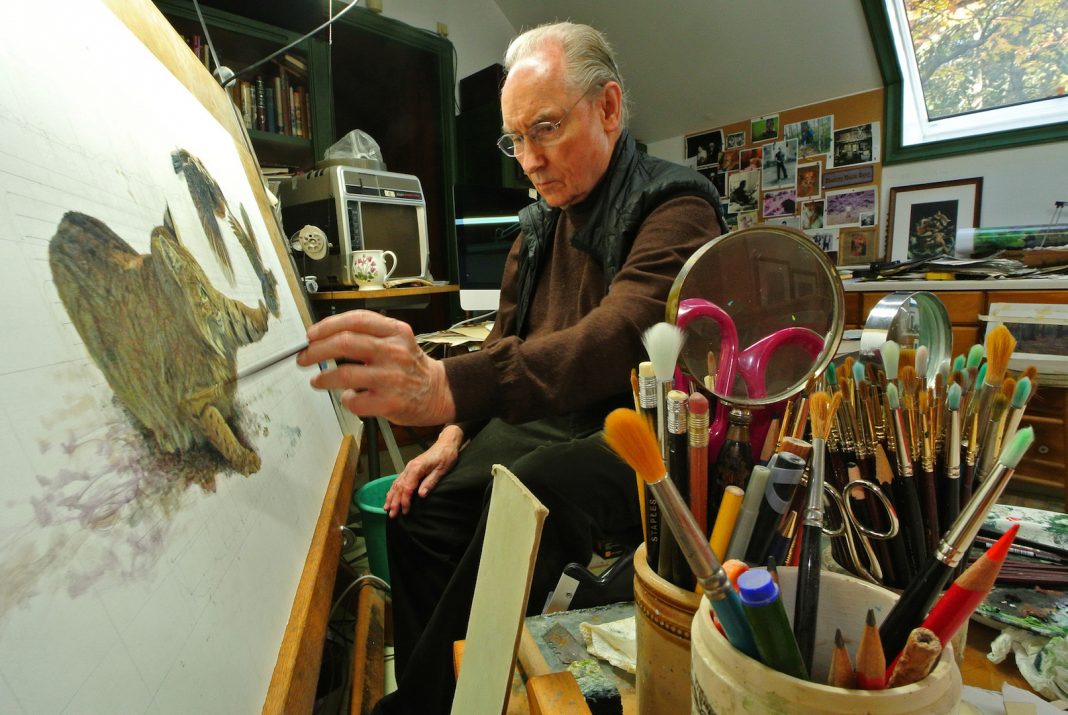 In a new Rrampt series, photographer Willy Waterton visits artists in Grey Bruce Simcoe to take a picture of their studio, their tools, and their process. This month, he visits the legendary George McLean to ask him a simple question:

“When I was in grade 8 my parents separated; this is when I went to live with my maternal grandmother in Willowdale. I went to Cameron Ave. School. Coming out of Parkdale I wasn’t the same kid as as a lot of the kids who grow up in Willowdale, so I was constantly in the “shit” and the principal there took a real interest in me – his name was Mr. Harris. I always thought he was a bit of a buffoon. But I’ll tell you what: at the end of grade 8 he drove me down to Northern Vocational School and enrolled me in the art course there. I didn’t know there was an art course and that is how it all started. I was in that art course for a few months and I realized I had been making paintings of landscapes and other stuff just on my own. I realized that I was going to paint animals for the rest of my life, that was all I really took an interest in, I mean like a fanatical interest, a monomania. And that is what I have done ever since. I was fifteen years old.”

George  McLean was born in Toronto, 1939 and lived in the Parkdale neighbourhood until he moved to Willowdale for his final public school days until attending Northern Vocational School which McLean graduated from in 1958. He turned down a  scholarship for the Ontario College of Art to pursue his dream of painting animals

By 1961, aged 22, McLean was painting for a living, having American animal painter Bob Kuhn as a mentor.

In 1963 Toronto advertising executive and art collector Budd Feheley started promoting McLean’s art career, and would be his art dealer for the next eleven years. In the same year, George married his high school sweetheart, Helen Willis.

In 1969, George and Helen moved to Grey county where McLean had family relatives and brought a 100 acre farm with a century stone house near Bognor. He has allowed  parts of the farm, (which is subject material for many of his paintings), to return to the wild. His paintings are in private collections across North American and appear in numerous solo and group exhibitions in Europe, the United States, Japan, and Canada. His paintings can be viewed locally at the Tom Thomson Art Gallery. Two books of his art work have been published Paintings from the Wild: The Art and Life of George McLean in 1981 and  George McLean: The Living Landscape in 2010. 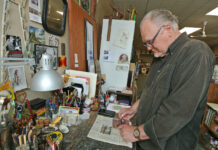