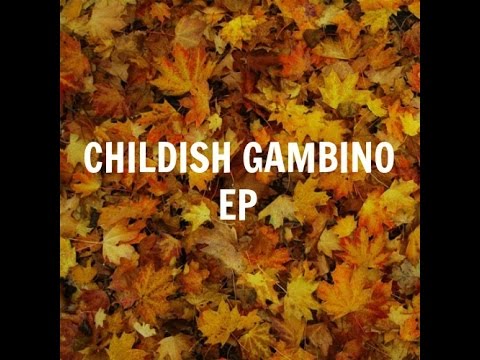 “I’m Canadian by the way/ And I love the USA” Young sings to begin his 2017’s 10 song collection of hard driving, unmistakenly Neil Young tunes. As usual, it’s highly political and poignant. He tackles environmentalism, tribalism, activism, and creationism and tells us to ‘stand up’ on two separate songs. If you’re interested in what’s going on down south of us, Young gives us a Canadian’s perspective and he claims on the bluesy Diggin’ a Hole that he’s “a worried man.”
Highlights: Fly By Night Deal, Carnival, Almost Always

Between his hit show Atlanta and his hip-hop career, Donald Glover is killing it these days. Atlanta’s second season is due out soon, and this EP reissue is reminder that Childish Gambino isn’t just riding a wave of fame from Community or Atlanta – he was making great music in 2011. The songs still seem relevant six years later as he grapples with the idea of fame in a way that’s genuine and intelligent. “I’m someone they admire/ Set the game ablaze/I’m an Arcade Fire” he says on Be Alone. That’s the clever side; the genuine is found in relatable lyrics like: “It seems like the more I try to connect with the world/ I am feeling more alone than I ever have felt before”
Highlights: Be Alone, My Shine

Brandi Carlile – By the Way, I Forgive You

The standout song on Carlile’s follow up to The Firewatcher’s Daughter is The Joke, and it carves out a clear space for her in the alt-country landscape. You could also place in the folk category quite easily alongside Gillian Welch, but I think she belongs more in the company of Dolly Parton and Emmylou Harris . Her voice soars on this album even more than her first. It’s exciting to see her let it. This is a reflective album, full of messages to people from her past and to her past self. If The Joke is the most soaring reflection, Whatever You Do is the most tender one.
Highlights: The Joke, The Mother, Sugartooth

Ian Felice – In the Kingdom of Dreams

This actually came out in 2017 – I don’t know how I missed it. For a huge Felice Brothers fan, this is a real treat. Stripped down folk songs that remind me even more of Dylan’s lyrical stylings than previous Felice Brothers albums. Not too many others these days write lines like “I was walking down by the tracks/ Where the communist bees relax/ In their hives of golden wax.” When he plays banjo and sings “The joke is on me/ In the 21st Century” you get the sense that Ian Felice is from another time. His sound would have easily found a place in the late sixties and early seventies.
Highlights: In the Kingdom of Dreams, Will I Ever Reach Laredo, Memoriam