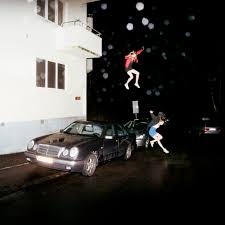 The War on Drugs – A Deeper Understanding 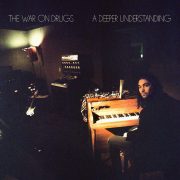 There aren’t many bands that can create a feeling or a mood quite like War on Drugs. I was waiting to see how they would follow up on Lost in a Dream, but when the song Thinking of a Place was released as a teaser this past spring, I knew we were in for another stellar effort from these synth guitar gods. A Deeper Understanding doesn’t come out of the starting block with the same intoxicating hooks as Lost in a Dream but it builds much better and delivers a stronger B side. Overall, it’s a better album, especially lyrically with unforgettable lines like “I’m aware you’re tired and lost/ Like a demon in the doorway waiting to be born/ But I’m here all alone just begging/ Pull me close and let me hold you in/ Give me a deeper understanding of who I am”
Highlights: Pain, Knocked Down, Thinking of a Place 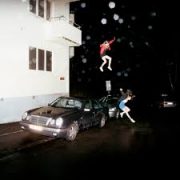 Brand New is one of those enigmatic bands that can’t escape it’s emo roots, yet has delivered albums like 2006’s masterpiece The Devil and God Are Raging Inside of Me, which was easily my most played album during that year. 2009’s Daisy didn’t quite do it for me, but now eight years later, Science Fiction drops out of the blue and I like it…a lot. It definitely has hints of TDGARIM on tunes like Same Logic/Teeth, and songwriting that doesn’t shy away from personal topics like lead singer’s Jesse Lacey’s battle with depression. Lacey has indicated this is the last Brand New album; they are going out in style with this one.
Highlights: Could Never Be Heaven, Same Logic/Teeth, Waste 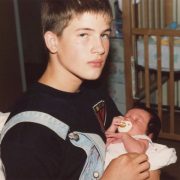 I got into Big Thief just before Capacity dropped, so I was really into their previous album Masterpiece. It was inevitable that I’d have to compare the two and let one win. Masperpiece won. It’s my favourite, but Capacity seems to be everyone else’s from what I’ve read. Maybe I need some more time with it, but it hasn’t gripped me the way that Adrianne Lenker’s voice did on songs like Paul and Masterpiece. But the lyrics are just as strong on Capacity, proving Big Thief has a voice and much potential for a long career.
Highlights: Shark Smile, Mythological Beauty 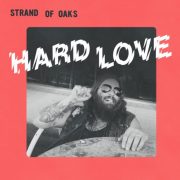 I really wanted to love this album. But there’s just not enough here to love. It’s not a strong follow up to Heal, an album I’ll continue listening to after the three good songs on Hard Love get old. But to his credit, the songs Hard Love and Salt Brothers are possibly his two greatest songs to date, and Radio Kids has a great sweeping sound – too bad they’re the only ones that really hold up the album. I like a slow piano ballad, but Cry just has not flavour or hook.
Highlights: Hard Love, Radio Kids, Salt Brothers 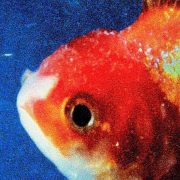 When I listen Staples’ second album, Big Fish Theory, I get the feeling I’m in a nightclub. There is a definite electronic club music feel to this album, but when you listen closely, Staples has a lot to say about the current state of rap, which in my opinion is at a peak. I’m probably not qualified to make that statement, but I can definitely say that I’m at a peak in my hip-hop listening career. And this album is innovative like Kendrick Lamar innovative, and Staples addresses racism and politics head-on here. He seems to have a continued fascination with Amy Winehouse on BFT, sampling her interview early in the album, which ties into his ‘fish bowl’ metaphor about how we treat celebrities.
Highlights: Big Fish, BagBak, Crabs in a Bucket

Manchester Orchestra – A Black Mile to the Surface 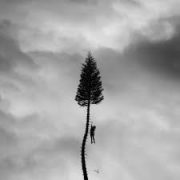 A Black Mile to the Surface sounds more like 2011’s Simple Math than 2014’s Cope and that’s a good thing. But it’s still pretty much status quo Manchester Orchestra, which I’m fine with. This new effort continues their raconteur-style songwriting with some dark, yet timely stories about alienation, addiction, and suicide attempts.
Highlights: The Alien, The Grocer 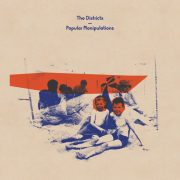 When Fat Kiddo appeared on a Spotify sessions back in the spring and Ordinary Day was released just a few months later, I wasn’t sure where The Districts were going with this new one. After a few listens, it’s become clear that it’s not their best effort. I’d take Telephone or A Flourish and a Spoil over Popular Manipulations any day. It starts strong with lead singer Rob Grote whaling “I’m just a narcissist” over a cool guitar hook on If Before I Wake, and there are some cool tunes on this one, but just not enough great ones. When Grote sings “The point is beside the point now” halfway through the album, it’s clear Popular Manipulations doesn’t have the same punch as my favourite, their first: Telephone.
Highlights: Fat Kiddo,  If Before I Wake, Please Be Quiet Please