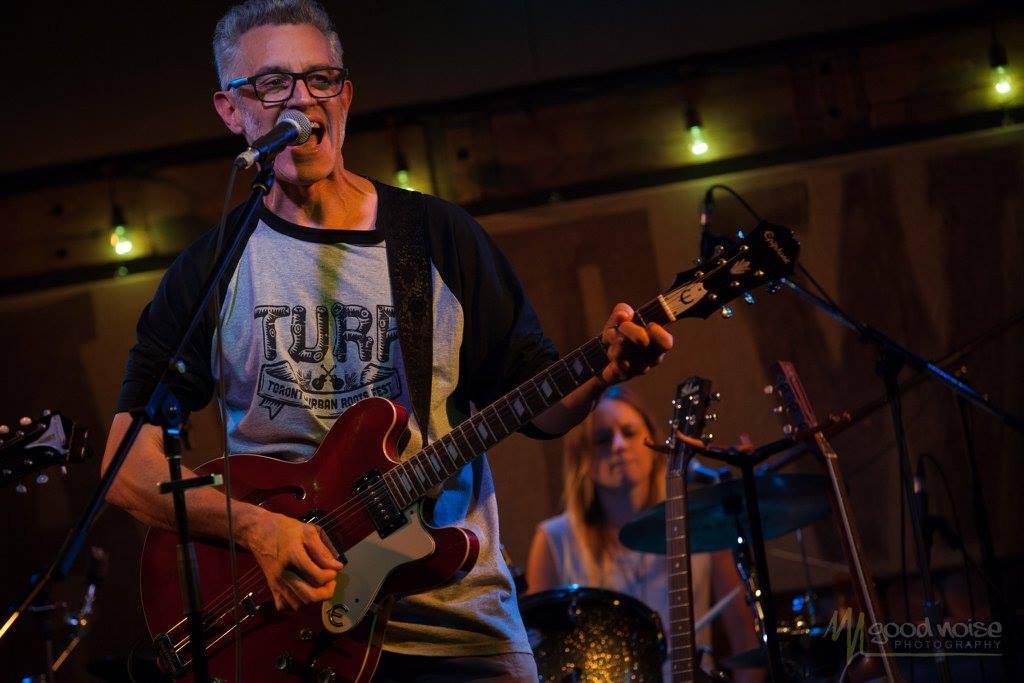 Anyone who knows me well, knows how much I love live music. I crave it. Whether it’s a three-day long festival or a small backyard concert, it’s something I’ve always taken for granted. I never thought there would be time when I wouldn’t be able to catch a show.

But surely that time came and my most frequented outlets were forced to close their doors. Hell, every venue in Canada was forced to close. The government even made a decree that there would be no singing or dancing. It felt like I was living in Black Mirror version of Footloose. People always told me I looked like Kevin Bacon. But I don’t dance. Nor do I really want to. I just want to sip on my craft beer and tap my foot to some good tunes. But it took nearly six months until I could again. I threw a few backyard concerts this summer to help get the ball rolling, and since then I’ve caught shows at a number of local venues including the popular Music at the Market series, Jazzmyn’s restaurant and bar, and my favourite local concert hall, Heartwood.

I’m not the only one who’s jacked to get back to live music venues again. Music lovers across Ontario have been chomping at the bit to get out to see their pocket bands again. Since August, I’ve seen shows from The Honeyrunners, Matt Epp, Marshall Veroni, Miranda Journey, Josh Ritchie, Drew McIvor, Morgan Barrie, The Beckett’s, Kevin Dandeno, Carey Worrord, and Pick Up Game.

But not everywhere is back to offering live music again.

Some venues were never intended to offer such a thing as a socially distanced concert and haven’t been able to adjust in order to reopen. Some regions are still under heavy restrictions, which include bar and restaurant closures. And the ones who have opened are only operating at a third of the capacity and still struggling. One venue owner, Greg Bottrell, who runs both Heartwood Hall in Owen Sound and Supermarket in Toronto, is fortunate that his Heartwood venue can re-open and hold socially distanced shows again, but laments that the music industry in general has taken a massive hit.

“There’s so many challenges,” he says. “Some places have already closed and some will close. Some are kept alive by some of the lifelines like a 50% property tax reduction and other programs….but clubs and live venues are not very lucrative to begin with…it’s a really tough business.”

He’s a part of the group called ‘Love it Live’ along with other venue owners in Toronto, places like The Horseshoe, The Dakota, and The Garrison. They meet once a week to talk about the state of things in Canada’s biggest city. It’s a tough time be a venue owner right now. Even one of the most well known in Canada, the Dakota, has largely turned into a retail outlet for craft beer for the time being.

The future of venues in Toronto and Ontario has never been more uncertain  “I think we’ll see quite a few go down,” he says. “So many places have not reopened. Some places aren’t set up for socially distanced shows”

“But we’re in much better shape up here [Grey Bruce] than in places like Toronto,” Bottrell says. He’s right – we’ve yet to have a single death due to COVID here in Grey Bruce and only 192 cases in total. We’re one of the regions that is allowed to have restaurants, bars, and music venues open. But that doesn’t mean people have been buying tickets in droves to see shows again.

“We’ve had a couple of sell out shows at 50 that we’re fortunately able to have right now,” he says.

For the time being, there will be less concerts scheduled with a focus on sit down shows. “Whatever we can do right now is quite a bit different than we were doing in the past.” This means more comedy nights, trivia nights, and recurring events like Bring Your Own Vinyl and Open Mics.

Another idea up the Heartwood team’s sleeve is live streaming concerts for a mass audience like The Sadies did from the Horseshoe Tavern on September 12. Artists like Coco Love Alcorn and Danny Michel, who have a nation-wide audience, could make a live stream work he acknowledges. But it’s ideas like this that will enable venues to outlast the pandemic and get back to normal at some point in the future.

“We’re probably operating at about 15% of what we were before,” he says. If you do the math, that makes sense. The venue that was once doing three nights a week at 186 capacity is now doing once or twice a week at 50 capacity. “Hopefully we can get more shows,” he says. “People are having a great time who do come out.”

Sure, some are still a little skittish about going out into public spaces, so Heartwood is doing  the things that are necessary to maintain safety. This includes plexiglass in front of the stage, socially distanced tables, and tracking sheets. Masks are worn when walking around but not when sitting at your table. They spent $1200 to make sure they were outfitted with safety in mind.

Bottrell has long been dividing his time between Toronto and Owen Sound, but is making the move to become a permanent Sounder. He points out that many others are starting to make that same move too. Working from home is becoming a possibility for so many people now, which may result in more artists moving to smaller communities.

“Maybe we’ll see not just musical artists, but more creatives moving to our community, which I think will be great,” he says. “We’re still one of the most affordable places [in Ontario]”  Having musicians move to this area will surely make it easier to get them on stage since for the time being, it doesn’t make much sense for some artists to drive here to play for an audience of 50 people.

But some bands will come regardless, whether it be the love of playing live or to support venues they hope to one day play again at triple the capacity.  “Honeyrunners, who we consider friends, went out of their way to support us and brought a whole band up here,” he says.

And what a great performance they put on! It was a perfect listening show with seasoned pros who entertained a crowd of 40 as though it were a crowd of 140. Listen, we all recognize that things aren’t the same as they were before, but we’re all hoping that things return to normal sooner rather than later.  And for the time being, we’re all just hanging in there trying to make the best of what this virus has left us with. Wherever there’s live music playing, I’ll be there man. If I’m six feet away from another table or wearing a mask to order a beer, the music still sounds as sweet and keeps my foot tappin’.

So what’s the future of live music in Ontario? Well, that depends on us to a certain extent. If we support venues now when they need us most, we will have them available when things get back to normal and we can enjoy them at full capacity again. There are many reasons to believe that’s going to happen in 2021.

“If we can just get by for now,” Bottrell says. “We’ll get beyond this onto the other side.”