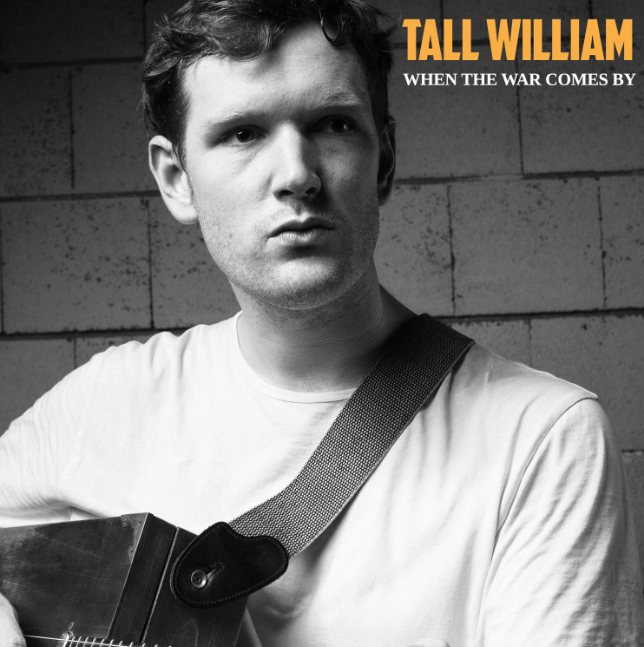 Originally from Sheffield, England, Tall William now lives and tours in central Europe. Moving countries and finding a new life in Europe certainly plays a role in songs such as ‘Blue Town of the North’ and ‘One Horse Town’. He describes himself as “Expat Pop”, a term I’ve never heard before. Possibly, it’s a genre entirely to his own. But not one I entirely agree with. This might be expat music, but it ain’t pop.

The EP comes out of the gate with a heavy J Roddy Walston-esque number called When the War Comes. There are some hints of bands like the Strokes from their early years.  The chorus is a throwback to Iggy Pop. Maybe that’s what the pop is in reference to.

Blue Town of North kicks off with a roaring Dropkick Murphy’s style sound as Tall William takes us through his upbringing where he was “educated by the two pound pints and the cross of St George” and in “the penny arcades where [he] got [his] first name.”

The Devil’s Doorbell is from the songwriting school of Frank Turner before he became a radio darling and is a fair closing song to an EP that just seems to get going by the time it ends. I’m looking forward to more from the Expat Pop artist in the future.

You can take a listen to the new release on Spotify here. The new single ‘One Horse Town’ is also available for streaming.