Home Lifestyle Off Grid & On Point 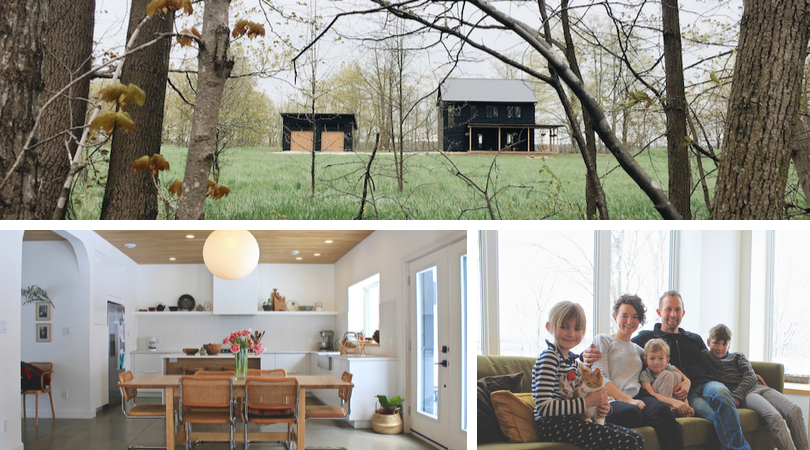 There’s insurmountable evidence circulating the globe which ultimately dictates: global warming and/or climate change, or a similar semantic iteration of those keywords is bad. We’ve all heard it, we’ve all read about it, and we’ve all discussed it in some form – whether that be around the dinner table, in the office, on the street, or in the comment section of various social media platforms. The idea that climate change is bad, is out there. Second to that opinion is the notion that it’s all the fault of humanity. Whether you agree or not isn’t important – it’s the reality of those debates existing that I’m on about. Surely we can all agree they are very real. Cool? OK.

Third, those of use who formally agree with the idea of climate change being the fault of humanity are faced with yet another fork in the road. We can choose to simply preach the gospel of climate change, or we can choose to change. More often than not, we continue to act as we traditionally have, and that’s often a choice rooted in the sobering reality of economic circumstance – but it’s also rooted in idle repetition and perpetuity.

The reality is, most of us don’t help – as much as we may want to, or intend to. We may agree, but we don’t do anything.

Hey, the earth has shit to do tomorrow – and we can’t keep up. Yet, action, my friends – is key to our planet accepting us for who we are. Lead via action – like my boy Joe Sakic.

Cue the Hoekstra’s. A local family residing in Kemble who took the leap and chose to act on their beliefs in an effort to make amends with Mother Earth. They built a passive home overlooking Georgian Bay that’s a stunning representation of what can be done when one opts to manifest a culture of action over dialogue. It’s beautiful inside and out, but it’s more than a pretty package, it’s a symbiotic representation of beauty, brains, and brawn.

I’m sitting with Jennie and Luke Hoekstra in their Kemble, ON kitchen. It’s mid-March, which should mean the coming spring has melted the majority of snow and green should be everywhere – but no. The perpetual onslaught of a Grey Bruce winter was still there, but the house is toasty warm and the furnace hasn’t been switched on since February… and only ran for a total of 30 hours all winter long. But this is no ordinary house.

Back in spring of 2017 an unserviced four-acre lot came up for sale in Georgian Bluffs, but it laid on an unmaintained road with no connection to the hydro grid, so building would be tough. Luckily, Luke is an electrical engineer with a penchant for renewable energy and green building techniques. With some early guidance from Evolve Builders out of Guelph, Ontario, and a modified stock plan from Passive Design Solutions of Halifax, Nova Scotia, the family got to work.

“It cost about 20% more than an conventional home, but uses about 25% of the energy as a regular home per month,” says Jennie. “The solar array was another $60k – but we have a big array, it’s 60 kilowatts and that’s bigger than standard.” And the batteries provide a two-day backup of stored power before having to look to the sun for help, or switch on the generator.

“Luke did the solar install too, which was a little more complicated than we anticipated,” laughs Jennie over coffee. “And he’s an electrical engineer.”

There’s a stigma that new passive and solar systems need constant care and attention, but the reality is, a passive build is likely more durable than your standard build. To receive the official certification of a designated passive home, windows have to be ultra-high quality and the walls need to be sealed to the point they’re almost air-tight to help keep the heat in and the elements out.

“It’s not a money-saving proposition to get the off-grid system. The main thing is the batteries are about $15,000 and they have a 12-year cycle life. You basically have to be putting away $1,200 a year to replace them,” says Luke.

But the cost of the system is what it is – it’s the cleanliness of the energy that’s alluring, coupled with the fact that you’re independent of the grid entirely. The Hoekstra’s don’t have to worry about power outages due to storms, scheduled power outages, or other interruptions – they just have to hope for the sun every now and then to top-up their battery backup.

They knew they wanted to invest in some form of clean renewable energy for their home, but the passive solar approach made a lot of sense after being told the municipality would charge them an ungodly amount to connect the property to the grid.

“We are right on the rock,” says Jennie. This is the escarpment so they would have to drill to put polls up so I can understand why it would be expensive.”

It’s a breath of fresh air to be in a space like this. Without a doubt, this style of sustainable and thoughtful building will take over the status quo – eventually. It’s beautiful, reminiscent of a contemporary Scandinavian chalet or an ultra-modern iteration of the classic Canadian farmhouse.

Building your own house is all about building what you want, but this place goes well beyond face value. It’s the internal workings and the philosophical reasons behind it that make this place so intriguing and inspiring. When push came to shove, the Hoekstra’s took the second fork in the road. They actually did something they feel will ultimately help the planet – and that’s worth celebrating.

Words and Photos by Nelson Phillips

The kick-ass women of the local jewellery scene