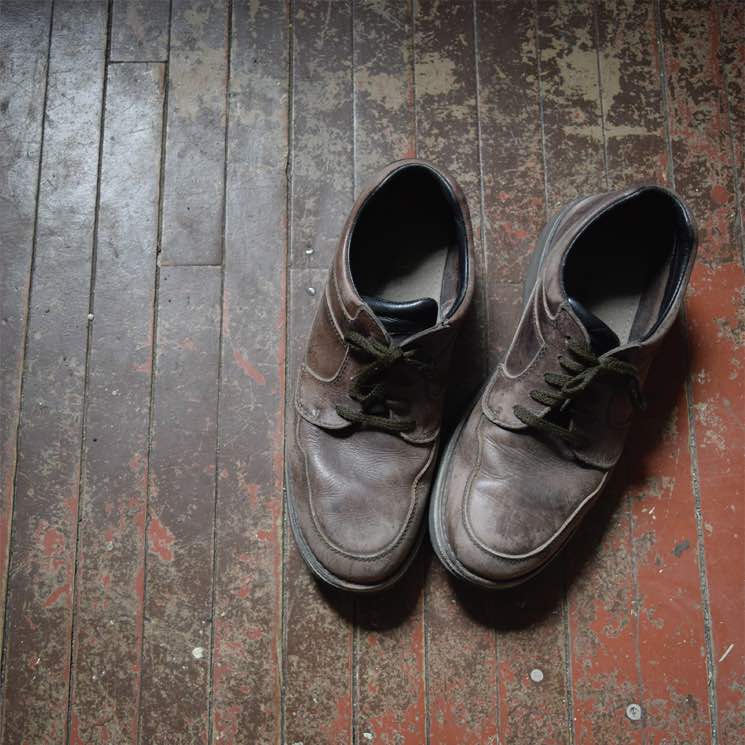 For so long I’ve let it go when referred to as the sound metrosexual men make singing overproduced pop songs about barns, whiskey and broken hearts – what can be referred to as stadium-country or new-country. Well, whatever adjective you put in front of it, it ain’t real country music. It ain’t what country music was intended to sound like, or look like.

So, now I’m very conscious to use the term country music where it really applies. Richard Laviolette’s latest Taking the Long Way Home is a country music album, and a return home to his childhood growing up in small town Ontario where his father would “wake up at dawn [and] put that old record on.”

Judging from the scenes that Laviolette recreates from his family home, it’s no wonder he became the musician he did.  His albums are always both melodic and raw with a honky sound hovering at the edges, but this one is more country than 2009’s All of Your Raw Materials and definitely more than my gateway album – A Little Less Like a Rock, A Little More Like Home.

The album opens with Laviolette playing piano on a rainy afternoon while his mom sings in the kitchen. “The house that I grew up in has long been forgotten but these memories are calling me home” he repeats on Grey Rain.  “Whenever Mom sings Golden Rings, Dad takes harmony” he tells us later as an example of one of those memories.

He enlists Jessy Bell Smith from the Skydiggers on the album to help with the harmonies and to join him on tour. When they visited the Heartwood Hall in October, they pulled a few new ones out, notably Someone to Tell My Story When I’m Gone, which is an upbeat tune with some macabre lyrics.

This album constantly references Laviolette returning home. He is self-admittedly taking the long way, but nevertheless, his Grey County upbringing by the Saugeen River where music filled his house has him feeling sentimental. On The Rock and the Moss he sings “It’s so good to notice when you roll out of bed how the quiet of the country clears the noise in your head.”  It’s a concern he brings up again on the final song when he laments that he’s worn out his new pair of shoes from being on the run so long. This is the most telling song, and lyrically despondent: at one point, “Death comes waltzing across [the] floor to lead you off by the arm” but those awake at dawn, he says, “will hold a new day’s light.”

Side A closes with the title track, a southern, swampy tune where he does his best John Fogerty impression and addresses his health in lines like “My body runs like parents’ van/ back to the shop for a tuneup again.”  He closes with reckoning, one that resonates with me when he admits “I find I get to be insecure with age/ I just get better at knowing what to say.”

And Laviolette has a lot to say on this album. He is reflective for the most part, conjuring images of a home he has taken a metaphorical long way to return to. There are some interesting symbols seeded throughout the album of freedom and travel, Red-Winged Blackbird being the most obvious but also the most cryptic.

Laviolette’s family is at the core of this album, and even his grandma gets a shout out on My Grandma’s More Punk (Than Most Punks You Know), which is about, well….you get the idea. But my favourite on the album is Two Guitars. The melody in the opening lines “I’m growing tired and little roughed up by the hands that deal and the hands that hold us up” catches your ear right away and gets your foot tapping. The distinction in his voice is so clear on this one and his songwriting sets the bar high. He closes by returning to those dealing hands when he sings “in the end the reckoning came/ we didn’t win but we learned to play the game.”

My favourite line though, is the chorus which advises “Just singing the song doesn’t make it come true/ you gotta leave this house and write a few tunes”.

And that’s just what Laviolette did: he left his childhood home equipped with a love for music, an ear for old country, and a hell of a talent and he went and wrote a few tunes. Well, more than a few. And thank God he did. Guelph may be the city he resides in, but on this album he’s come home to Grey County to deliver some good old country music.