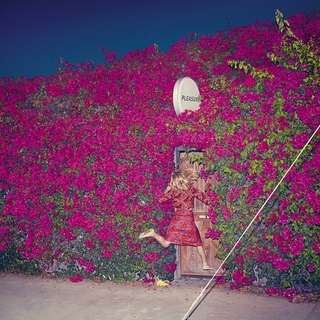 Let’s be honest: we all knew Feist’s new album was going to be good.

I mean her voice is enough to let you fall back into your chair and drift off for a blissful 30 minutes regardless of what she’s singing about. But I forgot, or didn’t realize, how adept of a lyricist she is. For example, she opens the album by waxing poetic on the hedonistic title track: “Oh, an echo calls up the line/ an indication of time/ Our togetherness/ that’s how we evolved/ we became our needs”.

From here on in, it’s clear the album, Pleasure, is probably going to live up to its name.

Out in front of her poetry, her voice does carry the album from start to finish, and on tracks like I Wish I Didn’t Miss You it’s really the only instrument aside from a few guitar strums. There are other artists, obviously, who can do this but not many who can switch from haunting to fun and back again so quickly and effortlessly. And then on Get Not High, Get Not Low, the instruments hesitate to fully engage to let her voice take the central role.

Lost Dreams and The Wind both fall flat for me, as I’m not often a fan of continuous repetition in songs, but sonically they fit on the album. Luckily, she picks things back up with the rousing  Any Party that changes tempo spontaneously from Karen O-like yelps to tender verses on desire. “You know I’d leave any party for you” she says reminding us all of the times we wished we were curled up at home with a loved one rather than chatting up strangers at a social gathering – a feeling that grows stronger with age.

Her voice is most engaging on A Man is Not his Song. The way it balances out the slow drum beat and soft bass line will hook anyone who enjoys mellifluous vocals and close listening. This is where she stops flirting with the use of her voice-as-instrument and commits to freestyling euphonically layered syllables with nothing behind her.

Century aims for something bigger, with lyrics resembling a Sylvia Plath poem, and Jarvis Cocker describing time like a PBS documentarian after the third chorus. And then everything suddenly stops. It’s eerie, but not a surprise on an album that uses ‘meta’ techniques throughout such as the sound of her own title track playing from a car driving away from a party at the end of Any Party or the heavy metal tune that closes A Man Is Not His Song.

I see Baby Be Simple as an allusion to the album itself; at first listen, Pleasure, seems light and pleasurable to the ears. But behind the gorgeous voice is a wealth of imagery and metaphor: a pleasure for the mind. There is nothing simple about it.

The album closes with an unmistakable Feist tune, Young Up. It is both beautiful and macabre, like an Emily Dickinson poem, except Dickinson might not use the term ‘ya young punk’, but more so lines like ‘When they cart me away/ will they say/ I died already/ years ago?” She tells us to ‘young-up’ because the end is coming. Is she referring to the end of the album in another ‘meta’ technique? Maybe, but she’s also telling us that life is short and to take whatever fleeting pleasure we can while we can.

In the movie Office Space, a movie you probably didn’t think I was going to bring up here, when Peter is meeting with the Bob’s, he tells them how much of a pleasure it has been to meet with them. They tell him “the pleasure is all ours, believe me”. Well, you know where I’m going with this. On listening to Feist’s newest release, the pleasure is…..all ours.