Home Lifestyle Home for a rest: an isolation story 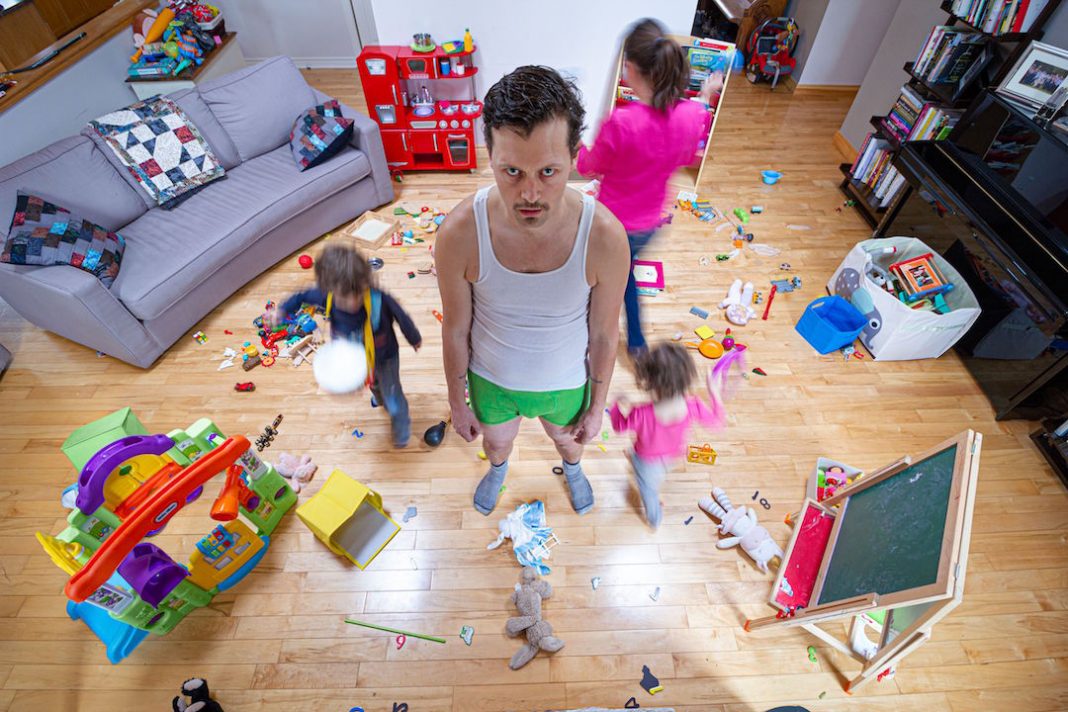 We’d been there before, about ten years back. Things felt somewhat different then, less complicated. Looking back on it now, those days had a certain nebulous quality, as if somehow untethered from reality. Perhaps gravity tugged on us less strongly then (I’ve certainly enhanced my gravitational mass during the intervening years). Perhaps the world was just a simpler place. Whatever the reason, we floated along, free of care and consequence. Young, smug, and in love.

This time around however, the beast was of an entirely different stripe.

Passports stamped and baggage collected, we exited the Daniel Oduber airport into the pupil constricting Costa Rican sunshine. We emerged, not as shadows of our past selves, but as the absolute realization of our former potential. Gone was the youth, the nebulosity, and the smugness. In their place we arrived with a teetering mountain of luggage, mostly carseats and diapers, along with three children whose bottoms would shortly be filling said carseats and diapers.

It was Thursday, the 5th of March, 2020, and unbeknownst to us, we’d just gotten a three week headstart on self isolation with our kids.

The trip? Oh, it was great. Volcano view cabina, rainforest hiking, delicious hyperlocal meals. The kids played in the ocean; Kate and I drank an ocean of margaritas. See? Great. But there was one sequence of events which eclipsed all the rest. It was not spectacular, or even remotely enjoyable, but the sheer befuddling mystery of it all stuck with me. It was a pair of white winged doves attempting to build a nest above our balcony door. For days they beat their heads against the wall, the lintel and the door itself in their frantic pursuit. Mother dove would perch on the drip cap, arranging her loose assortment of twigs just so, until such time as father dove would flap home, fresh twigs gripped proudly ‘twixt blackened beak, only to jostle her, and spill their nascent nest into the breeze. Day after sweltering day, through many margaritas they toiled, never once accomplishing anything, leaving only a mess of twigs and grass on the balcony floor, destined to be swept into obscurity by the wind, or else the cleaning lady.

Our Costa Rican sojourn concluded several days after Trudeau announced the border closure. This was nice, as it afforded us some time to contemplate our inevitable doom while receiving increasingly desperate messages from home (“Are you even watching the news? Don’t you know what’s HAPPENING out here?!?”). We made it home, safe and sound, reeking of alcohol wipes, on our originally scheduled flight. Then the real vacation began.

We dove into a mandatory 14 day quarantine which coincided with a visit from my Vancouverite brother and his family. In some ways the quarantine worked in our favour, as we had a government issued excuse to not play host in the home our kids had wasted zero time in destroying. So we made the best of an awkward situation, setting them up on the far end of the deck for some appropriately distant social time. We even managed a family photo by way of careful planning and the use of Photoshop. It was not enough. They wanted more; we did too.

This was the first, far from last, time that I felt powerless, awash in a churning tide, pulled along by forces beyond my ken. Trying to do right by my family and community, while simultaneously feeling that I’d failed them both, by not doing enough, or by doing the wrong things. And the house… each room looked as though it had hosted a birthday party for 20 sugar high toddlers. Thus began my descent into madness.

I obsess, even at the best of times. During these less than ideal times I really zeroed in on some unfortunate things. First order of business was growing and maintaining a mustache. Now, I have sported the odd duster in my day, but never in conjunction with a soul patch. This was an unprecedented and unsavoury new low for my image.

Looking sleazier than ever, I shifted gears and dove into the stock market. Not being the most fiscally responsible individual, and never having so much as thumbed through a financial publication, I went in very cold. But after days of aggressive, uninterrupted Googling I was ready… to… TRADE! Discount brokerage account? Check. Sweaty palms? Check check. Eye-rolling wife? Check! And speaking of unsavoury, what was my big move? Shares in a funeral services corporation, though now I’m considering hedging with a producer of birthing equipment.

Not satisfied with my position as a mustachioed financier alone, I turned to the arts. Weeks were spent arranging and recording a fully realized cover of Foreigner’s dubious classic “Hot Blooded”. Harmonies, leads, synths, lots and lots of cowbell. I doubt my family will ever forgive me, but what was I to do? I had a fever of a hundred and three.

My primary obsession though was ensuring the home continued to function. Keeping the kids fed, engaged, active. Fighting against the endless tide of mess. While I feel I succeeded at the mustache growing, the covering of creepy classic rock, and the kiddo stuff, I must also admit that I am no Warren Buffet, and certainly no Marie Kondo.

Keeping the home in order was an endlessly repeating struggle. Kate would reorganize the toys in one room just so, only to have our youngest crawl through right after. Matilda the Hun would upend any and everything, beaming her maniacal toothless grin all the while. I would return from my work (at home) shift to see the fruits of my morning tidyup spectacularly undone. The struggle was real, and real familiar. It could have been my uneven mental state, but I started to feel a kinship with a certain pair of Costa Rican doves.

Things are better now. I shaved the moustache/soul patch combo, the house is in good order, kids are well. I haven’t even thought of Foreigner in weeks. I’m leading a balanced lifestyle, not unhealthily focussed on any particular thing. Though I have been reading a bit about deep sky astrophotography. Just a few all night Google sessions, nothing drastic.

Yes, there might be a package or two in the mail for me, a hydrogen alpha filter, perhaps an equatorial mount, but I’m just doing my part to re-stimulate the economy! I may have recently composited, from 785 individual exposures, an image of M101, the Pinwheel Galaxy, in all of her grand design spiralling glory. But if that’s not normal and healthy, then I don’t know what is.