Home Music Dust off that lawn chair – Harbour Nights is back 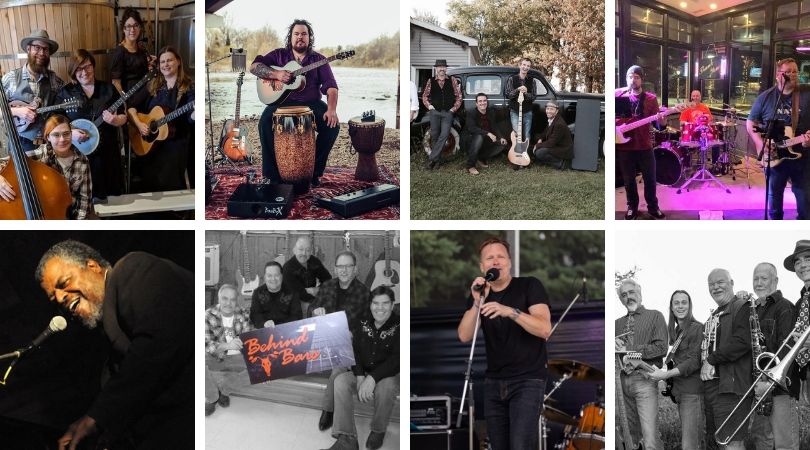 When you think back on last summer, you may remember sitting back in your lawn chair by the water on a Sunday evening surrounded by chilled-out Owen Sounders soaking up the final few hours of sun outside the Owen Sound Marine and Rail Museum while a seasoned band filled the harbour with sonic ear-gasms.

That’s the scene that unfolded every Sunday night for eight weeks of summer (the eight weeks we all grumble and gripe our way through winter for) and it’s called TD Harbour Nights for those in the know.

We are just about to enter into those prized eight weeks again, from late June to late August, where walking along the harbour with a lawn chair and a few friends is the ideal Sunday evening activity. The City of Owen Sound has just released its lineup of musicians who will take the stage each weekend, which includes Higher Funktion and Pick Up Game, but it kicks off this Sunday with Onion Honey, a band who describes themselves as “home-cooked comfort food for the ears.”

I think Grey Bruce will take to this band like butter to cornbread. They are a folk outfit with a banjo, mandolin, washboard, double bass, fiddle and warm five-part harmonies who play new-time traditionals, old-time originals, and all-time favourites: “mountain music filtered through the Grand River Valley,” they say.

Want a listen for yourself? Here’s a cool little video they made on the railroad tracks. All these train references are fitting for a stop outside the Rail Museum in Owen Sound, where an old railway car now rests as a reminder of when rail was king.

TD Harbour Nights kicks off at 7pm on Sunday, June 23 at the Visitor’s Centre in Owen Sound.