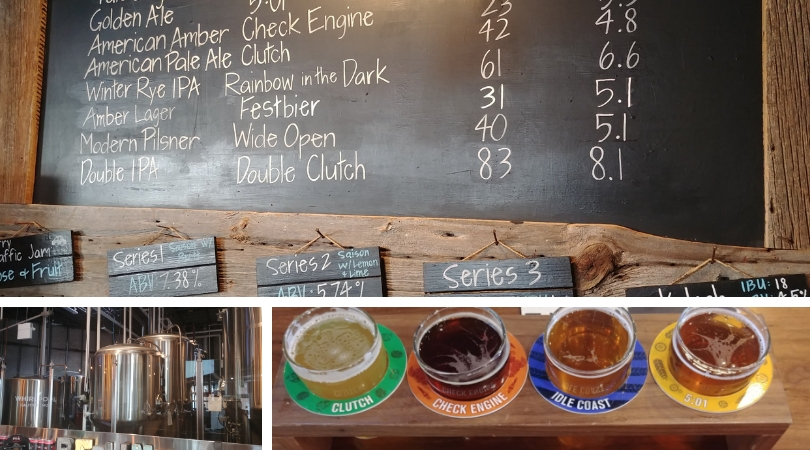 Redline Brewhouse, established in 2015, is a relative newcomer to Ontario’s pantheon of craft breweries. The brewery evokes a rustic feeling with a high class twist, like a 70s muscle car kept in very good shape over the years.

Described as “Craft Beer in High Gear,” the beers themselves all have names borrowed from automotive vernacular, and handle just as smoothly as a freshly tuned Mustang. 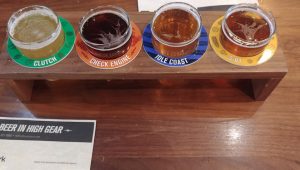 My parents joined me on this craft beer excursion to “give our expert opinions, boy.”

And they agree – beer is good, but craft beer is better.

Taste
Refreshing and mild. It doesn’t smack you with bitterness; rather it uses the hops to lend some pleasant citrus notes to an already refreshing beer.

Taste
Bready and rich with some malty notes and a hint of caramel.

Where to Enjoy
It’s a perfect beer for that one day that happens every October when it’s unseasonably warm outside.

Taste
This beer starts off a little bit sour, with malts becoming more apparent the deeper into it you get. Overall, a very fresh tasting beer

Where To Enjoy
By a lake on the August long weekend.

Taste
This one has some bite to it! It’s quite flavourful, with some citrus evident, as well

Where to Enjoy
As its name suggests, this is the perfect after work beer.

Redline’s four core beers are an excellent introduction to craft beer for the budding connoisseur. That is to say, they are each top-notch examples of the style of beer they represent.

Another thing that makes their core beers ideal starting points is that they are not “intimidating.” Although stouts, IPAs, and sours are available, the core beers I reviewed are easy beers to get into.

All of the beers listed above, and many others are available at the brewery, or online at redlinebrewhouse.com

A weekend on Manitoulin Island