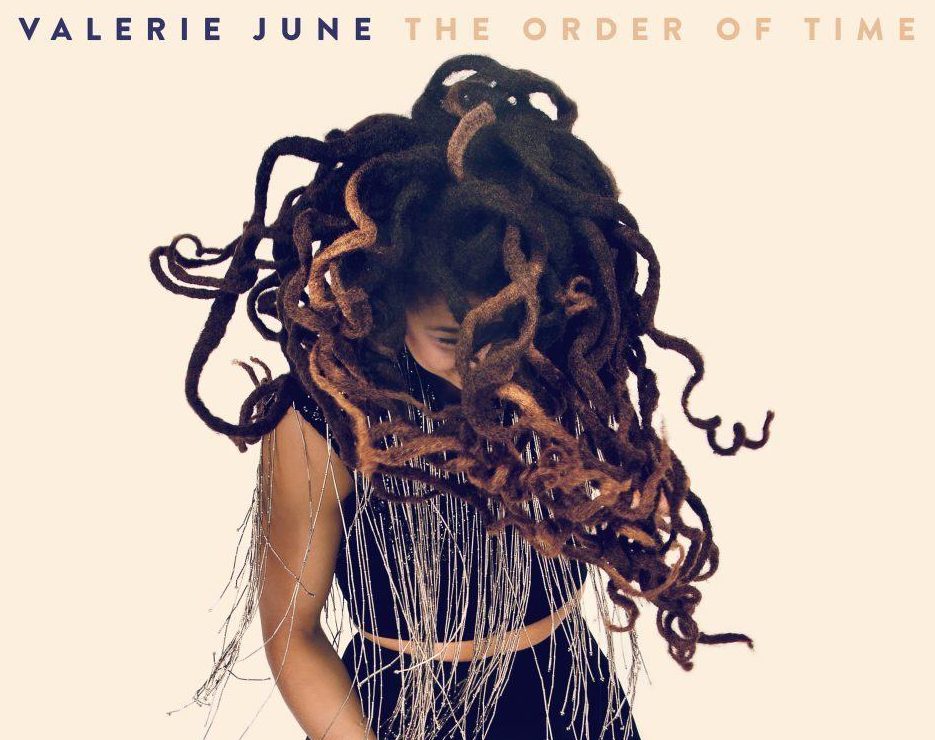 Valerie June – The Order of Time
Listen to this album and tell me you don’t love it. There’s a little soul, a little r&b, but mostly there’s some sweet country. There’s such a variety of tunes on this one and each one benefits from her gorgeous vocals. Some will break your heart, but most will get you up moving. This one’s in the running for my top five of the year.
Highlights: Long Lonely Road, Love You Once Made, The Front Door, Astral Plane

The National – Sleep Well Beast
When Matt Berninger sings “I don’t need you, I don’t need you” right off the bat, we know Sleep Well Beast is going to have a different tone than 2013’s Trouble Will Find Me where Berninger waxes poetic and nostalgic about his past lovers and even names a song ‘I Need My Girl’. Sleep Well Beast does have a different tone, but not nearly as consistent of one as the last album. And the inconsistency is a problem. It doesn’t feel like an ‘album’ the way TWFM does, but it does have some great tunes. Walk It Back sounded better live as they were trying it out, but it does have some interesting background monologues that I’m still trying to wrap my head around. I like this album, but I don’t love it.
Highlights: Walk it Back, Nobody Else Will Be There, Carin at the Liquor Store

Deer Tick – Vol 1 and Vol 2
After a fairly disappointing effort on Negativity a few years ago, Deer Tick are back with their best album since Born on Flag Day. I know you’re gonna say Divine Providence was good, and you’re right, but they only proved their ability to rock hard on that one. Deer Tick are at their best when they show off their folk tendencies amidst gravelly-voiced bangers. Vol 1 is folky and Vol 2 is harder, but both tap into the talent of all the band members. I still can’t figure out which volume I like better, and that’s the sign of a good double album. One of my favourites is Me and My Man, but Sea of Clouds is clearly the single they wanted us to hear. And wait until you hear Look How Clean I Am.
Highlights: Sea of Clouds, Me and My Man, Don’t Hurt, Look How Clean I Am

Phoebe Bridgers – A Stranger in the Alps
I’ve got a soft spot for sad-white-girl-music. I can listen to Julien Baker all day, and Phoebe Bridgers is almost as good, and even just as sad. But she did name her album after a censored line from The Big Lebowski so I’ve kind of fallen in love with her. I listened to her EP last year with three introductory songs that I really liked. Now she’s built an album around them, and added some stronger tunes like Smoke Signals and Funeral. She can be haunting like on Killer and clever/punny like on Motion Sickness, but there isn’t too much experimentation on this. The only change in tone seems to come when Conor Oberst chimes in on Would Your Rather.
Highlights: Motion Sickness, Killer, Funeral, Would You Rather

Murder Murder – Wicked Lines and Veins
If there is a musical category called Canadiana, these guys are occupying serious space there. A bluegrass band from Northern Ontario, they sing about farming, gambling, collecting beaver pelts and hunting down bounties. They offer haunting tales of death, love and murder. This album will get your foot stompin’ and head noddin’ but you’ll need to see them live to really understand the magic of this band.
Highlights: I’ve Always Been a Gambler, Reesor County Fugitive, Wicked Lines and Veins, Ebeline